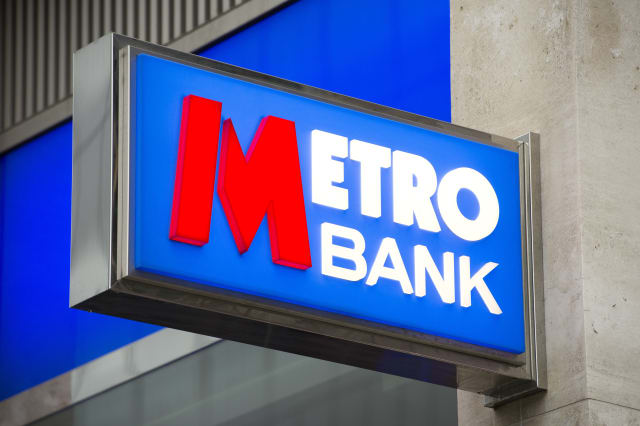 Metro Bank has outlined plans to cut costs and more than halve branch openings after it slumped to a hefty annual loss.

The troubled high street lender said it is slashing new branch openings to 24 over the next three years from an original target of 71, and will pay back £50 million of an award to boost business banking as it scales back expansion plans.

It will also reduce costs through relocating back office sites to cheaper locations, improving its contact centre technology, automating more services, and cutting organisational layers across the bank.

The group said there would be no redundancies from the cuts and added that it would offer affected staff the opportunity to relocate to new back office sites.

Details of the overhaul – outlined by new chief executive Dan Frumkin – came as Metro Bank said it tumbled to a pre-tax loss of £130.8 million in 2019 in the aftermath of an accounting scandal.

The group also revealed that it will be paying back £50 million of the original £120 million of cash secured from the Royal Bank of Scotland-funded scheme designed to boost competition in the banking sector as it pulls back on its small business lending commitments.

It said it would now target opening 15 rather than 30 stores across the North of England by 2025 and “step away” from niche small business offerings.

Mr Frumkin, who was permanently appointed to the role last week, stressed that the group remains “absolutely committed” to the small business market.

But he admitted 2019 had been a “very challenging year for Metro Bank”.

He said: “External headwinds, internal challenges and actions we took to put the business on a more positive trajectory are reflected in the results.”

Shares in Metro Bank fell more than 8% after the results, which showed that reported profits were hit by a £68 million writedown.

On an underlying basis, Metro Bank reported pre-tax losses of £11.7 million against profits of £50 million in 2018.

Metro Bank’s shares have been decimated since the start of 2019 after it revealed a £900 million accounting mistake in January.

It emerged that the bank had under-reported its exposure to higher-risk loans by nearly £1 billion.

The group had to raise £350 million in an emergency equity placing and is now under investigation by the Financial Conduct Authority and Prudential Regulation Authority.

Under its turnaround plan, it said it would aim to grow deposits by less than 10% a year until 2024 and focus efforts on current accounts rather than savings offers.

Results showed its current account deposits slumped by 9% to £4.3 billion in 2019, though there was a 2% rise in the fourth quarter.

But it saw customer accounts grew by almost a quarter to more than two million, with 385,000 opened last year.