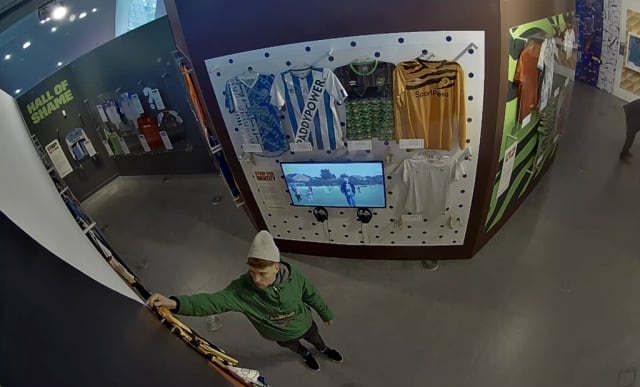 Police have released an image of a man they want to speak to over the theft of a rare Celtic shirt from the National Football Museum.

The green Umbro away jersey, with a jagged white stripe, was only worn in the 1991/92 Scottish Premier Division season and last year appeared in a list of the top 20 worst ever football strips.

The offender walked into the Manchester city centre museum at about 2.30pm on Saturday February 1 and took the match-worn shirt, bearing the number 10 on the back, from a gallery on the third floor.

Constable Mohammed Niazi, of Greater Manchester Police, said: “The Celtic football shirt that was brazenly taken by a member of the public was a rare and unique item and officers are doing all they can to find whoever is responsible for this theft.

“As a result of our strenuous inquiries and work with the National Football Museum, we have now been able to release this image in the hope of talking to the man in this photograph.

“I understand that the incident happened at a very busy part of the day in a central part of the city centre; therefore, if you recognise this man or were in the football museum at the time of the incident and saw anything unusual or suspicious that could help with our investigations, please contact police.”

Information can be passed on anonymously by calling the independent charity Crimestoppers on 0800 555 111.