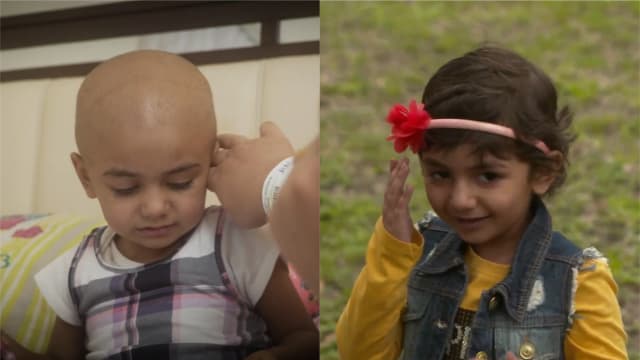 A young girl whose cancer diagnosis sparked a global hunt for “some of the rarest blood in the world” is in remission.

Zainab Mughal, from Florida, was diagnosed with neuroblastoma, an aggressive form of cancer, when she was two, and as part of her treatment needed a series of blood transfusions.

But the search for donors proved far more difficult than usual because she is missing an antigen, called Indian B, which most people have in their red blood cells.

Any blood containing the antigen would be rejected by her body.

It meant the hunt had to be confined to a very specific population, people whose two birth parents are both 100% of Pakistani, Indian or Iranian origin.

Even within that population, only 4% of people have the unusual genetic variation, according to OneBlood, the Florida-based charity that is leading the search.

On top of that, donors needed to have type O or A blood.

It was described by OneBlood as “some of the rarest blood in the world” and, while three compatible donors were quickly found, more were needed because of the number of transfusions Zainab required in the course of her treatment.

OneBlood posted about Zainab’s story on Facebook, requesting for donors to come forward, in December 2018, and in the following days, more than 25,000 people came forward, leading to over 4,000 units of blood being tested.

Each of the five donated repeatedly over the course of Zainab’s treatment, with the blood shipped to OneBlood so it was available for Zainab when needed.

A statement from OneBlood read: “These five donors played a significant role in saving Zainab’s life.

“Over the course of her treatment, Zainab received more than a dozen blood and platelet transfusions.

“Doctors say it would not have been possible for her to have endured the chemotherapy, surgery and two bone marrow transplants without the blood.”

Zainab, who recently celebrated her fourth birthday, is now in remission and her parents are optimistic for the future.

Zainab’s father Raheel Mughal said: “For those five donors, they are surely a life saver for us.

“They have given our daughter a new life and we are very thankful to them.”

He added: “Our best hope is that the cancer never relapses and we’re very optimistic that it will not come back.

“We’re very much looking forward to having a very normal life.”

Spokeswoman Susan Forbes said: “There are many other patients, just like Zainab who have extraordinarily rare blood needs.

“Finding compatible blood for these patients comes down to genetics.

“The only way to find specially matched blood for these patients is to increase the diversity of the donor population.”