Digger driver jailed over ‘trail of destruction’ at new hotel

A digger driver who caused a "trail of destruction" at a new hotel because he was owed £600 in wages has been jailed for five years and four months.

John Manley, 36, was sentenced at Liverpool Crown Court on Wednesday for damaging property being reckless as to whether life is endangered after he drove a hydraulic digger through the front doors of the Travelodge in Liverpool Innovation Park on January 21 last year, the day the building was due to be completed.

Videos of the incident, which caused damage to the hotel worth more than £443,000, went viral online and showed colleagues asking Manley to stop as he shouted: "All you had to do was pay me." 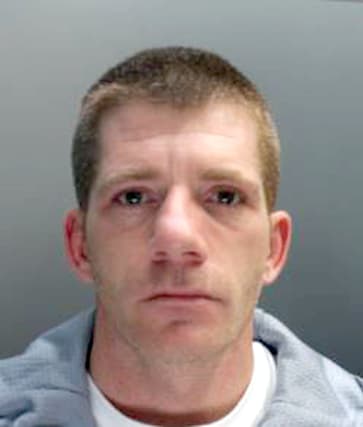 Sentencing him, Judge David Aubrey QC said: "You were intent on maximum damage and you intended to leave a trail of destruction."

He said Manley, who pleaded guilty on the first day of his trial last September, caused "destruction in the extreme" and put the safety of those inside and outside the building at risk.

The judge accepted Manley, who was reported to have an emotionally unstable personality disorder, had a number of issues in his life.

He said: "This grievance, or perceived grievance, in consequence of the fact you had not been paid your wages, may well have been the catalyst which led you on this day to erupt like a volcano."

Trevor Parry-Jones, prosecuting, said Manley effectively destroyed the ceiling, wiring and structure of the building after he drove through the front doors of the 71-bedroom hotel, where people were still carrying out work.

Two colleagues eventually managed to disconnect the fuel line to the vehicle, leaving one of them temporarily blinded after diesel sprayed into his face, and Manley jumped out of the vehicle and scaled a 10ft wire fence to flee the scene.

Mr Parry-Jones said Manley caused "consequent misery" for staff who had been due to start work at the hotel and were left in "limbo" during the six-week delay in opening.

The court heard the site was run by Remstone Property Management but Manley was employed by contractor MF Groundworks – which received payment for work carried out on January 17 2019.

Site manager Peter Robinson, who worked for Remstone, saw the defendant two days before the incident when he threatened to barricade himself in a hut because he had not been paid, Mr Parry-Jones said.

On January 21, Manley again saw Mr Robinson, who presumed there was a delay with the funds being cleared by Manley's employer, and threatened to damage the building if he was not paid.

Mr Parry-Jones said: "He believed this was a threat that would not be carried out, made him a cup of tea and bought him a sandwich."

The court heard that two hours later, Manley got into the digger.

Manley, who has previous convictions for criminal damage, admitted himself to a mental health hospital and was arrested when he was released from there on February 14.

Mark Sharman, defending, said the father-of-two could not afford electricity or to buy food because he had not been paid, and therefore could not have his children, aged six and 11, to stay.

He said Manley's childhood was "traumatic" and "emotionally scarring" and both his parents were abusive.

Manley, of St Aidan's Way in Netherton, was also disqualified from driving for four years and one month.