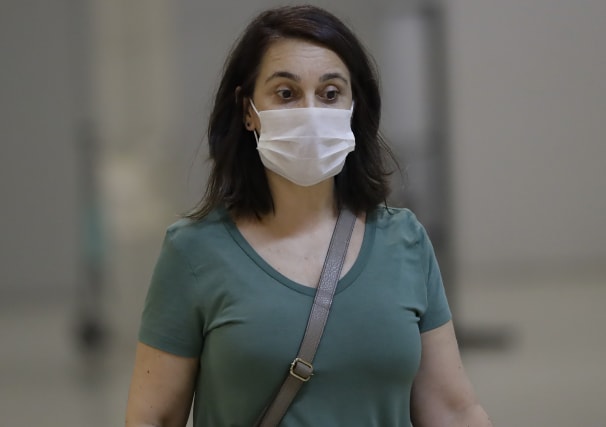 Britons at a coronavirus-hit hotel in Tenerife have been told to take their own temperatures and said there is confusion over whether they should stay in their rooms.

Guests have been handed thermometers and told to write down their own readings, while some people are moving around the hotel and going to the pool and restaurant.

The Foreign Office is in touch with around 160 Britons from the hotel, who have been told it is likely they will have to stay put for 14 days.

It is understood that guests without symptoms are able to move around the hotel grounds, although some said they are still being told to remain in their rooms.

An Italian man and his wife were diagnosed with coronavirus during their stay at the four-star H10 Costa Adeje Palace in the south-west of the Spanish island, and there are reports of two more cases.

The El Pais newspaper said 800 guests from 25 countries are in the hotel, along with around 200 workers.

It reported that two security perimeters remain around the hotel, while a “field hospital” has been set up to treat anybody with coronavirus symptoms.

Hannah Green, 27, from Hertfordshire, who is staying in her room with her boyfriend, Court Amys, and their one-year-old son, told the PA news agency on Wednesday that nobody had approached them to take their temperature.

She said: “Everyone got tested yesterday – last night. They had their temperatures taken, except us and another couple so far that we know of.

“If we go out on to the balcony, the couple that we can see on our right hand side, they haven’t (been checked) either, so it’s our two rooms together.

“I was really upset this morning that the doctors hadn’t been to see us. I feel like our son should be a priority because he’s a baby.

“I know the doctors have got loads of people to see and I understand that but I’m gutted because it seems like everyone else has been seen except us and this other couple.”

Ms Green said the family were eventually given a thermometer on Wednesday morning and told to take their own temperatures.

She said their readings were currently normal, adding: “We’ve got to take our temperatures again at 6 o’clock.”

Ms Green said she wanted to go home, adding that travel firm Tui – who the family travelled with – have called her and said they will keep her updated.

She said: “The hotel has turned it round a little bit, they’ve started giving us food and the staff are working hard.

“It’s not their fault, they didn’t expect this to happen either. They have turned it around, it’s just the lack of information really that’s getting to us. We just don’t know what’s going on or how long we’re going to have to be here.

“Late last night we got a sub roll thing, like a baguette. It’s things in packets like biscuits and crackers and stuff like that. We got croissants this morning.

“We’ve been making do with stuff.”

Ms Green said the couple are watching a lot of news and can get Sky News on their TV.

Her 31-year-old partner, an electrician, said he had seen guests heading off to the pool and the restaurant was now open, which “makes no sense”.

Mr Amys added: “I’m obviously worried for my child but we’re getting there. I just need some information really.

“I’ve been putting the mask on and going for a walk to keep track of things but they’re still not telling us anything, they’re just saying ‘Stay in your rooms’.

“They’re also saying they’re serving lunch in the restaurant today, which makes no sense to me.

“What they’re saying is ‘Keep your masks on, don’t sit too close to people’. It’s impossible, the restaurant’s going to be absolutely chaotic with everybody down there.

“I’ll be putting the mask on and going down to bring some food back up for my family.

“There are a few different restaurants on site but the only one that’s going to be open is the buffet restaurant.

“Everyone’s touching everything and it just doesn’t make any sense at all.

“There is quite a few people out and about but everyone’s got masks on.

“There’s a few people down by the pool trying to make the most of the sun, but everyone’s got a mask on.”

Mr Amys said there were big queues at reception “with people just wanting to know what’s going on”.

He added: “The front door has got big yellow tents set up outside it and the door’s locked and nobody’s allowed in or out.

“I don’t think it’s over the top. If the virus is here it needs to be contained so I do understand what they’re doing.

“But they could do something about it a little quicker and let us know what’s going on.”

German Lilia Kovka, whose parents, from Hamburg, are at the hotel, told PA: “They are doing fine so far.

“We are just worried ’cause they both are over 60 and my mother has a tendency to get sick very easily.

“At the first day, there was only a piece of paper with the information to stay in the the room, nothing more.

“Of course not everyone was taking this seriously and left the rooms to get breakfast.

“Later on, there was a second paper with the strict rule to stay inside. Today they are allowed to walk around but not leave the hotel, which is surrounded by police.

Nigel Scotland told BBC Radio 4’s World At One that many of his fellow guests are ignoring advice to stay in their rooms.

He said he also saw people swimming in the hotel pool and added that they had not been contacted by UK officials.

He said: “We haven’t heard anything. Our great hope would be to be flown home quickly, because we probably have to do another 14 days of self-isolation when we get back.”