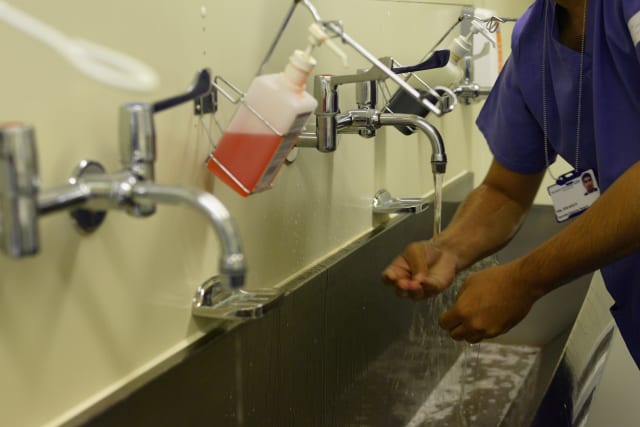 There has been a surge in toe, foot and leg amputations among diabetes patients, a charity has said.

Its analysis also shows there were hundreds more “major” lower limb amputations, defined as an amputation below the knee, during the same period.

While “minor” lower limb amputations, which can include the removal of a whole foot, have increased from 16,275 to 19,920.

The charity said one in six hospitals do not have multidisciplinary specialist foot care teams, meaning patients may not have access to timely care.

People with diabetes have a higher risk of developing foot problems because raised blood sugar can damage the sensation in feet and cause circulation problems.

Diabetes UK said for people with diabetes, problems arising from foot ulcers and infections can develop and deteriorate very quickly which is why access to timely treatment is important.

“Ensuring that multidisciplinary specialist foot care teams are in every single hospital across the country will not only significantly improve outcomes for people with diabetes, it will also cut down on long-term costs to the NHS,” said the charity’s head of care Dan Howarth.

“The differences in the standard of treatment between areas is unacceptable.

“An amputation, regardless of whether it’s defined as minor or major, is devastating and life-changing.

“A ‘minor’ amputation can still involve losing a whole foot.

“Especially as many diabetes amputations are avoidable through better quality care – we have to do better.”

Professor Jonathan Valabhji, NHS England’s national clinical director for diabetes and obesity, said: “Fortunately, despite the significant and worrying rise in avoidable type 2 diabetes putting lives at risk and extra pressure on the NHS, the risk of any individual with diabetes having a major amputation has fallen significantly since 2011 and is now one of the lowest internationally, thanks to better NHS care.

“Eight out of 10 hospitals have multi-disciplinary foot care teams, up from just over half in 2011, and thanks to the NHS Long Term Plan all hospitals will have these teams by 2024.”