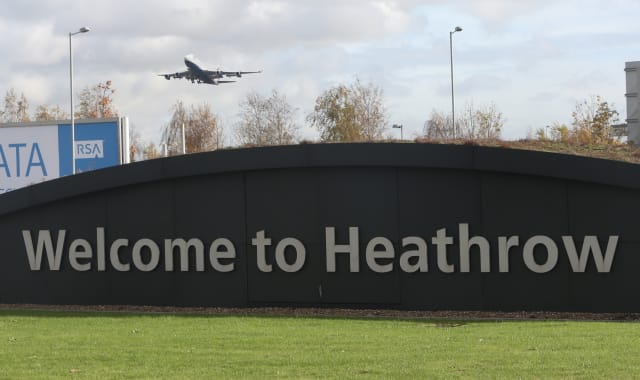 Failing to expand Heathrow would “give control to the French”, the airport’s boss has claimed.

Chief executive John Holland-Kaye warned that unless a third runway is built at the west London hub then more passengers and exporters will be forced to use Charles de Gaulle airport in Paris.

He told the PA news agency: “There’s no global Britain without Heathrow expansion. It’s as simple as that.

“If we don’t expand our only hub airport, then we’re going to be flying through Paris to get to global markets.

“Our exports will have to go through Paris to get all around the world.

“We’ll be signing trade deals with India and China and telling them that they can fly through Charles de Gaulle to get to the UK.”

The number of passengers who used the French airport grew by 5.4% last year to 76.2 million.

It is Europe’s busiest airport, but will be overtaken by Charles de Gaulle in the next two years if the current trend continues.

would mean that while taking back control by leaving the EU with one hand, they’ll then give control to the French

Earlier this month, Boris Johnson said there is “no immediate prospect” of construction beginning on a third runway at Heathrow.

The Prime Minister opposed the expansion of the airport when he was the capital’s mayor and promised to “lie down … in front of those bulldozers” to stop the runway being built.

But Mr Holland-Kaye insisted that the impact of cancelling expansion “is not a position that any prime minister would put the UK in”.

He went on: “That would mean that while taking back control by leaving the EU with one hand, they’ll then give control to the French.

“That is completely unacceptable, but fortunately there is a solution that has been backed by Parliament, which will make sure Britain remains a great global trading nation.”

On Thursday, the Court of Appeal will deliver its ruling on the legal challenge to the Government’s support for Heathrow expansion.

Heathrow published its financial results for 2019 on Wednesday.