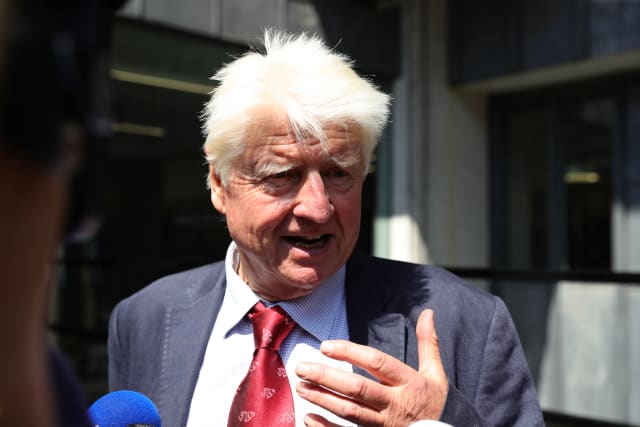 A neighbour of Boris Johnson’s father has been shot dead at her countryside cottage.

The woman, named locally as 56-year-old Debbie Zurick, was gunned down on Saturday afternoon at her home in Winsford, near Minehead in Somerset, which is next to Stanley Johnson’s rural estate.

Mrs Zurick’s husband, John,  is believed to be in hospital with self-inflicted injuries.

Avon and Somerset Police were called to Winsford by a member of the public raising concerns over the welfare of a woman at 2.30pm on Saturday. She was found outside the property with severe injuries and pronounced dead at the scene.

Police said a second woman, treated as a key witness, was located uninjured nearby.

A further search located a 67-year-old man, who had also suffered serious injuries caused by a shotgun, in an outbuilding, police said.

Police said the man, whose condition is described as critical but stable, is in custody but has been taken to a hospital in Devon for emergency treatment.

The force has referred itself to the police watchdog due to previous contact with those involved.

Detective Superintendent Julie Mackay, of the Major Crime Investigation Team, said: “This is a very serious incident in which a woman has lost her life and we are deploying family liaison officers to support the next of kin.

“The scene remains cordoned off so further forensic inquiries and searches can take place over the next few days.”

He told the Daily Mail: “Both I and my whole family are shocked, stunned and saddened by this tragic incident.

“We very much regret the passing of Mrs Zurick. She was a neighbour and she was much loved.

“She was honorary secretary of the Working Clumber Spaniel Society and was much loved for the work she did, in the society and in Exmoor and beyond.”

The couple had several dogs, including one apparently named after the Prime Minister.

A spokesman for the Working Clumber Spaniel Society said: “I’m sorry, I can’t comment on anything,” and hung up the phone.

A post from Jane De Savary on Mrs Zurick’s Facebook page added: “Darling Debbie you will be so missed so loved by all who knew you RIP”.

Mr Zurick previously told the Working Clumber Spaniel Society how he previously trained a dog for the Princess Royal.

Asked in a now-deleted question and answer section of the website about the most embarrassing thing his dog had ever done, Mr Zurick replied: “Sparkle, who I trained for [Princess Anne], burying a pheasant rather than giving it to hand.

“Princess Anne left a message on the answer phone machine saying: ‘If I wanted an undertaker then I would have asked for one.’

“She didn’t leave a name but Debbie knew the voice so I called her back in the morning and she was chuckling, telling me what had happened.

“She had sent Sparkle out, she had picked the bird beautifully, brought it half-way back, dug a hole and buried it.”