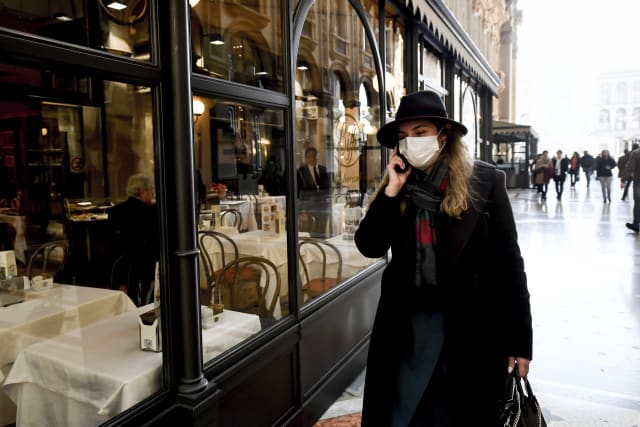 Schools in the UK are taking drastic action to protect against Covid-19 as the illness continues to spread across Europe amid fears of a global pandemic.

Some have closed while others have sent pupils home for fear they may have caught coronavirus from ski trips to northern Italy, where 229 people have tested positive and seven have died.

It comes as travellers returning to the UK from northern Italy were told they may need to self-isolate as part of measures to stop the spread of illness.

Authorities in Italy reported on Tuesday night that the number of people infected in the country grew to 322, or 45% in 24 hours, and deaths of patients with the virus rose to 11.

Austria, Croatia and Switzerland reported their first cases, while Spain and France recorded new ones, also involving people who had been to northern Italy.

Meanwhile Public Health England announced that flu patients will now be assessed for coronavirus to see if it is spreading.

Health Secretary Matt Hancock said official advice has been changed to say people who have been to anywhere in Italy north of Pisa should self-isolate if they develop flu-like symptoms on their return to the UK.

On Tuesday, Cransley School in Northwich, Cheshire, and Trinity Catholic College in Middlesbrough announced they would be closed for the rest of the week.

Both schools said that this was to allow for a “deep clean” after pupils and teachers had returned from ski trips in northern Italy.

Meanwhile, Sandbach High School in Cheshire said students and staff who visited Aprica, in Italy’s Lombardy region, were to stay indoors and self-isolate.

A third Cheshire school, Brine Leas School in Nantwich, said its sixth form was closed due to staff shortages following Government advice regarding travel to Italy.

Britons who have been in locked-down regions of Italy – including Lombardy and Veneto – were told they should self-isolate at home for 14 days even if they have no symptoms.

The Foreign Office later updated its travel advice, with a spokesman saying: “We advise against all but essential travel to 10 small towns in Lombardy and one in Veneto, which are currently in isolation due to an ongoing outbreak of coronavirus.

“Any British nationals already in these towns should follow the advice of the local authorities.”

Health ministers from seven European nations have met in Rome to discuss a coordinated response.

The European Commission, which enforces the rule book for the open-border Schengen Area, encouraged countries to adopt measures based on scientific evidence and “in coordination and not in a fragmented way”, a spokeswoman said.

Symptoms of Covid-19 include a cough, fever and shortness of breath.

Prof Whitty said families could also be asked to self-isolate if one of them had symptoms of the virus.

The Department of Health also added Iran, Vietnam, Cambodia, Laos, Burma and parts of northern Italy to the list of places where travellers need to follow clinical advice.

China has reported 77,658 cases and 2,663 deaths, while South Korea has the second highest number of cases with 893 and eight deaths.