The UK and European Union have clashed over fishing rights ahead of trade talks starting on Monday.

But Downing Street said the UK had twice voted to "take back control" of British waters, in the 2016 referendum and 2019's general election, and was not about to give that up.

European ministers agreed to red lines for the negotiations in a meeting on Tuesday, but the mandate has set the EU on a collision course with the UK Government. 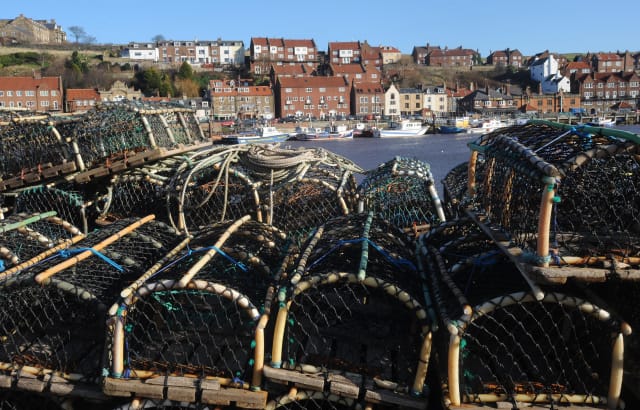 The EU's chief negotiator Michel Barnier told a press conference after the talks that fishing rights must be included in the deal or there "won't be any agreement at all".

He insisted there must be "robust, level playing field safeguards" to avoid "unfair competitive advantages" in social, environmental, tax and state aid matters.

The mandate says the EU will seek to "uphold the existing reciprocal access to waters" and quota shares for fish.

Setting out the EU's position on linking fish, trade and the UK respecting Brussels' rules, Mr Barnier said: "The trade agreement will be associated with a fisheries agreement and an agreement about a level playing field or there won't be any agreement at all."

But the Prime Minister's official spokesman said: "The UK did not vote twice to take back control of its fishing waters only to give that control up again.

"As a matter of fact, it doesn't matter what the EU puts in its mandate as we become an independent coastal state on December 31 2020."

The spokesman added: "This does not have to be negotiated, nor will it be.

"Any access by non-UK vessels to fish in UK waters will be for us to determine."

Mr Barnier said the UK would be the EU's third largest trading partner, but its proximity meant the rules "cannot be the same" as the deal with Canada – the model for a free trade agreement (FTA) sought by Boris Johnson.

He warned that if there was to be any chance of a deal by the end of the year, there could be no "backtracking" by the UK on commitments made in the Withdrawal Agreement and the Political Declaration.

"If we want to build up a future relationship in the long term based on trust with the UK, we need to make sure that we have trust in the short term," he said.

It follows reports that the Prime Minister has ordered his Brexit team to find ways to "get around" the Northern Ireland protocol which aims to avoid the introduction of a hard border on the island of Ireland.

Ireland's foreign affairs minister Simon Coveney warned that there would be a "significant impact" on the trade negotiations if the UK does not implement the requirements of the protocol.

Mr Barnier acknowledged the negotiations would be "complex, demanding and difficult" but – in an apparent reference to Mr Johnson's Get Brexit Done election slogan – urged both sides to "get this negotiation done and off to a good start".

Downing Street said the Government wants the same treatment as other major economies who have signed trade deals with the EU.

3/5 The EU has respected the autonomy of other major economies around the world such as Canada and Japan when signing trade deals with them. We just want the same.

A tweet from the Number 10 press office read: "The EU has respected the autonomy of other major economies around the world such as Canada and Japan when signing trade deals with them. We just want the same.

"We agree the UK's trade with the EU is significant.

"The US's is on the same scale – yet that did not stop the EU being willing to offer the US zero tariffs without the kind of level playing field commitments or the legal oversight they have put in today's mandate."

The Prime Minister's spokesman added: "We will not accept any demands for the UK to follow EU rules, just as we would not expect the EU to accept UK laws."

Downing Street also claimed the EU's mandate "moves away from what was set out in the Political Declaration" by failing to include a June 2020 target for concluding assessments on financial services regulations – something vital for the City.

The EU's terms also include a controversial clause saying Britain should "return unlawfully removed cultural objects to their countries of origin", an apparent reference to the Elgin Marbles.

The UK will set out is negotiating position on Thursday, with the PM's Europe adviser David Frost heading to Brussels for the first round of talks on Monday.

A second series of negotiations is expected in London in the week beginning March 16.

The tight time schedule for the talks remains an issue, with European ministers voicing concerns over the Prime Minister's unwillingness to extend the deadline beyond December.

Mr Barnier said the bloc would not agree a deal "at any price" and warned that the deadline set by the UK could limit the scope of the agreement.

"In a very brief period, you can't do everything, we will do as much as we can under pressure of time," he said.