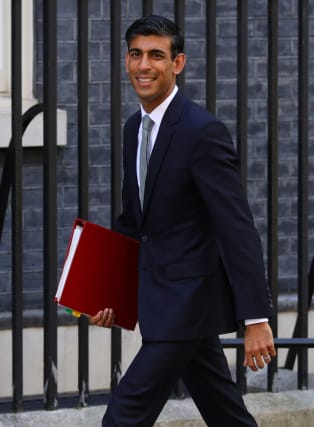 Boris Johnson and Chancellor Rishi Sunak have been warned by Tory MPs – including more than a dozen newly-elected members – against raising fuel duty.

Ahead of the March 11 Budget, 18 MPs from the Blue Collar Conservatism group wrote to the Chancellor to say that “clobbering” voters – including many who backed the Tories for the first time in December’s general election – would “send the wrong message”.

They have been alarmed by reports that the Chancellor is considering ending the freeze on fuel duty rates which has been in place since 2010.

The MPs told Richmond MP Mr Sunak: “If the decision was taken to raise taxes on fuel, hard-working people and businesses in blue collar communities – many of which lent us their support at the General Election for the first time in generations – will suffer.

“We appreciate that levelling up local transport in blue collar communities across the country is firmly at the top of the Prime Minister’s agenda.

“As a Yorkshire MP, we know you will, too.

“But clobbering these communities with a tax rise in our first Budget would send the wrong message about this Government’s priorities.”

They said: “Any decision to scrap the fuel duty freeze must be seen for what it is: a tax rise which would hit our blue collar communities hardest

“Increasing fuel duty would show these communities that this people’s Government does not actually have, at its heart, the priorities of the people.”