The key sticking points in the EU’s Brexit negotiation mandate 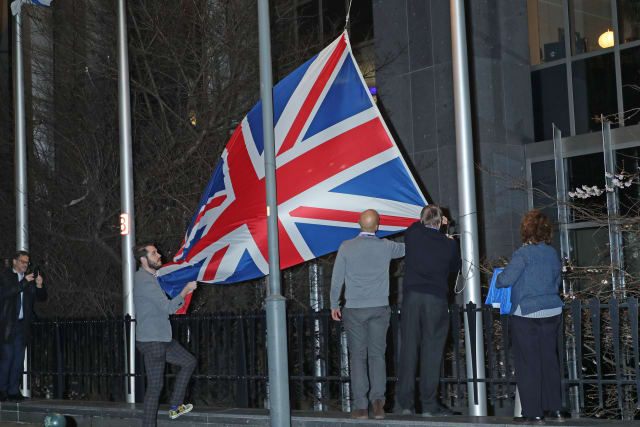 European ministers have agreed a set of red lines for forthcoming post-Brexit trade talks with the UK.

Negotiations are set to begin next week, but what does Brussels want from its future trading relationship with Britain?

The EU wants to ensure there are no “unfair competitive advantages” between the bloc and the UK when the transition period ends at the end of this year.

The directives say the agreement between the two sides should “uphold common high standards” and “corresponding high standards over time”.

The EU wants to “uphold” its existing reciprocal access conditions, quota shares and the “traditional activity of the Union fleet” to fish in UK waters from the end of the year.

This puts Brussels on a collision course with Boris Johnson, who has said UK fishing grounds should be “first and foremost” for British boats once the UK has left the Common Fisheries Policy.

Brussels wants quota shares to only be adjusted with the consent of both the EU and the UK, and for the agreement on fishing to be established by July 1 “in order for it to be in place in time to be used for determining fishing opportunities for the first year after the transition period”.

European courts would be responsible for resolving legal questions arising from the interpretation of EU law, under the mandate outlined by Brussels.

The guidelines say an arbitration panel should refer any questions over the interpretation of EU law to the Court of Justice of the European Union (CJEU) for a binding ruling.

Number 10 said earlier this month that it would not accept alleged breaches being ruled on by European courts.

The document sets out that the UK and the EU should “address issues relating to the return or restitution of unlawfully removed cultural objects to their countries of origin”.

This is thought to refer to the Elgin Marbles – ancient Greek sculptures brought to Britain more than 200 years ago and now on display at the British Museum.

Downing Street has insisted the future of the marbles is “not up for discussion as part of our trade negotiations”.

Brussels says any agreement between the UK and the EU should be “without prejudice” to the Northern Ireland protocol, which aims to avoid the introduction of a hard border on the island of Ireland.

The Prime Minister has reportedly ordered his Brexit team to find ways to “get around” the protocol.