Risking unpopularity is a part of leadership, says Commonwealth chief 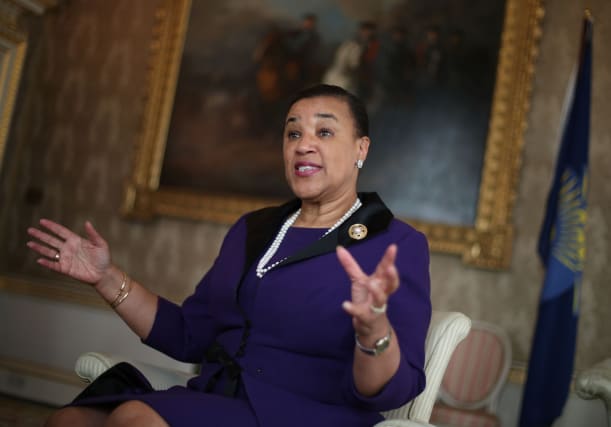 Commonwealth secretary-general Patricia Scotland has said that “risking unpopularity” is a part of the deal in leading a major organisation in the modern world.

Baroness Scotland said that since becoming the first female leader of the Commonwealth Secretariat in 2016, she has had a clear aim of trying to push ahead with reform and modernisation.

She said work was needed on a range of issues including outdated financial management practices and operational procedures, while cost-cutting and changes at Marlborough House – the London headquarters of the Commonwealth Secretariat – “were not always popular decisions but they allowed us to stretch every pound given by member countries”.

Baroness Scotland said: “So far we have met every requirement asked of us including in relation to our fiscal management, and I am proud of the secretariat for delivering a clean bill of health on our financial statement for every year for which I have been privileged to lead them.”

She has faced criticism during her time in the role, accused of circumventing competitive tendering rules after awarding a consultancy contract to a company run by a friend. The BBC reported that her lawyers insisted the decision to award the contract was fully justified and complied with procurement procedures at the time.

The peer has also seen three Commonwealth countries, including the UK, suspend some of their voluntary funding to the organisation.

Leaders of all 54 Commonwealth countries are due to meet in June at the biennial summit in Rwanda, where they may discuss the position.

In a statement, Baroness Scotland, whose term of office is due to end next month, wrote: “Recently, three Commonwealth countries put conditions on their voluntary funding.

“In an internal audit report, KPMG made six recommendations for further improvement in processes at the secretariat.

“I am pleased to say KPMG have now confirmed the secretariat has implemented all six recommendations raised in the recent internal audit into historical waivers and declarations.

“We trust that voluntary funding will be released as soon as possible so that we can continue delivering vital work on behalf of our member states.”

She also stressed that she remains “committed to serve” as the organisation tries to tackle “some of the world’s greatest problems” including blindness, cervical cancer, polio, malaria and violence against women and girls.