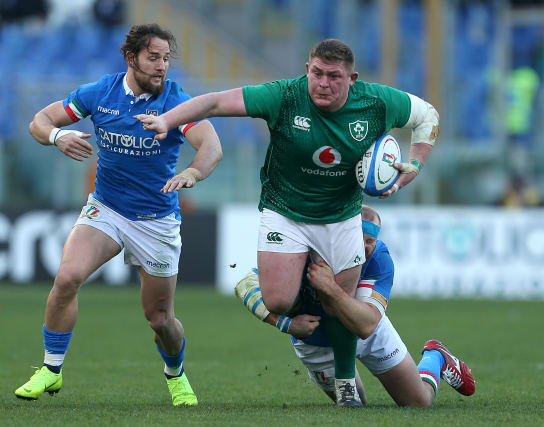 The Six Nations rugby match between Ireland and Italy due to take place on Saturday in Dublin has been cancelled over cornonavirus fears.

Health Minister Simon Harris told RTE news: “The very clear view of the public health emergency team was that this game should not go ahead and that it would constitute a significant risk, because a very large number of people will be travelling from what is now an affected region.

“So my department will be contacting the IRFU (Irish Rugby Football Union) in relation to this. I know (it will) cause a great disappointment to many, but it is important to make decisions in relation to public health above and beyond all other considerations.”

Meanwhile, the Department of Foreign Affairs has said a number of Irish citizens staying near a hotel in Tenerife at the centre of a Covid-19 outbreak have been in contact.

Hundreds of people have been confined to their rooms at the H10 Costa Adeje Palace, a popular destination for Irish holidaymakers.

The department said it is giving consular assistance to a number of Irish citizens in the area.

It said the Irish embassy in Madrid is closely monitoring the situation and is in touch with local health and tourist authorities.

The department said anyone with specific concerns regarding Irish people in the area can contact the Department of Foreign Affairs in Dublin.