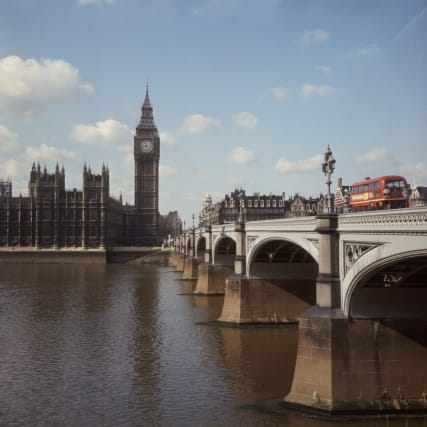 During three weeks of evidence in March last year, witnesses described examples of cover-ups at the heart of Westminster to protect politicians from “gossip and scandal” – and worse.

Here are some of the main findings of the Independent Inquiry into Child Sexual Abuse, and its strand focusing on Westminster:

– There was “ample evidence” that individual perpetrators of child sexual abuse had been linked to Westminster.

However, the inquiry found no evidence to support the “most sensational” of the allegations, the existence of a paedophile network operating within Westminster.

– There were “significant failures” by Westminster institutions in their dealing with, and confrontation of, allegations of child sexual abuse.

The report said: “This included not recognising it, turning a blind eye to it, actively shielding and protecting perpetrators, and covering up allegations of child sexual abuse.”

– Abuse meted out by Westminster individuals has had a “profound” impact on victims.

The inquiry said this was “compounded by institutional complacency about child sexual abuse and indifference to the plight of victims”.

Cover-ups were also carried out without considering the interests of victims or potential victims.

– Institutions such as political parties “regularly put their own reputations or political interests before child protection”.

– The inquiry panel “gained the distinct impression” that the whips’ offices were “concerned above all to protect the image of their party”.

The report identified “a consistent culture for years of playing down rumours and protecting politicians from gossip or scandal at all costs”.

However, there was no evidence that party whips deliberately suppressed any specific information about child sexual abuse.

– There was evidence of overt and direct deference by police towards powerful people, such as a conscious decision not to arrest or investigate someone because of their profile or position, including a comment that police did not investigate certain Westminster toilets “to avoid the embarrassment of apprehending MPs and celebrities who frequented them”.

Others benefited from “preferential, differential and unduly deferential treatment as a person of public prominence”.

– Additionally, junior police officers did not challenge senior officers’ “questionable decisions during investigations of the powerful for fear of harming their own career prospects”.

– There was “striking evidence” of how wealth and social status “insulated perpetrators of child sexual abuse from being brought to justice” to the detriment of the victims of their alleged abuse.

The inquiry heard how poor and disadvantaged victims, in particular, were not taken seriously when allegations were made.

The report said political parties “have shown themselves, even very recently, to be more concerned about political fallout than about safeguarding”.

– The Honours process has, in some instances, prioritised reputation and discretion with little or no regard for victims.

– There is “significant work” to be done by political parties regarding safeguarding.

The inquiry said it “is a matter of grave concern that, even after a significant public outcry about allegations of child sexual abuse linked to Westminster, elected politicians and officers of political parties do not understand how to respond to allegations properly, or consider themselves in a position to make judgements about whether abuse is sufficiently serious to warrant referral”.