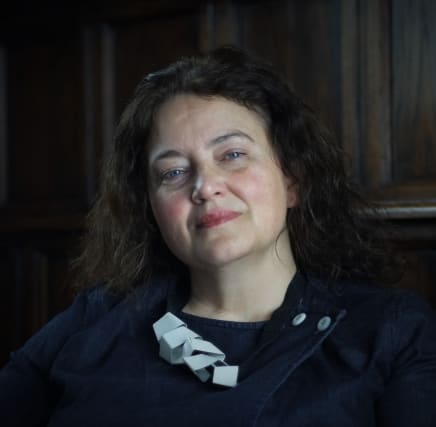 Currently Dean of Manchester School of Art and deputy faculty pro-vice-chancellor for Arts and Humanities, she will take up her new post in May.

She will take over from Professor Irene McAra-McWilliam, who will return to her role as deputy director (innovation).

GSA said the new director would bring an ambition for the art school to build on its heritage as one of the last original Government Schools of Design.

Ms Macbeth said: “I am honoured to be invited to lead the school and to become part of its creative community at this significant point in its long and successful history.

“The Glasgow School of Art has an enviable global reputation and, while not without its challenges and complexities, continues to be a high performing and hugely accessible institution.

“Importantly, as one of the last 19th century schools of design to retain its independence, the school continues to demonstrate the important role of art schools in understanding our past and shaping our future, and I look forward to working with staff, students and the school’s wider creative network and friends on the next chapter of the GSA’s history.”

The announcement came as investigations continue into the second blaze to hit the art school’s Mackintosh Building in recent years.

The world-renowned building, designed by Charles Rennie Mackintosh, was extensively damaged when a fire broke out late on June 15, 2018 as it neared the end of a £35 million restoration project following a previous fire in May 2014.

Muriel Gray, chairwoman of the GSA board of governors and its selection panel, said: “The appointment of Penny as the GSA’s next director has been an extensive, engaged and thorough process which attracted a very strong field of national and international candidates.

“Penny’s success at Manchester School of Art across student experience, engagement with the city and community alongside managing major capital development projects reflect many of the dimensions of the role at the GSA, and her experience will be invaluable in leading staff at an important time in the GSA’s history.

“The board is delighted that we have found an outstanding individual to lead the school as it strengthens its global standing and builds the foundations for its future as an independent School of Art.”

Life on the inside: Traditional activities to entertain families during lockdown