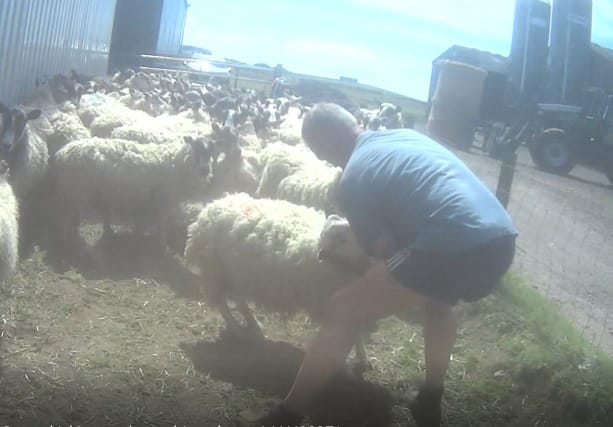 A farmer has been fined £550 after pleading guilty to punching and kicking two sheep.

Animal welfare charity the Scottish SPCA said Brown was filmed punching the animals by an undercover animal welfare officer from People for the Ethical Treatment of Animals (Peta).

Scottish SPCA chief inspector John Chisholm said: “We were alerted to the incident by Peta, who passed on the video of Brown striking the animals.

“This is a serious case of animal cruelty by an experienced farmer.”

He added: “Violently lashing out at the sheep will spread fear amongst the rest of the flock.

“We would expect anyone involved in the rearing of livestock for commercial purposes to have the highest standards of welfare and treatment.

“We are disappointed that Brown wasn’t banned from owning or working with animals but we hope this will serve as a warning that this behaviour is unacceptable and we will fully investigate any reports of cruelty towards livestock.”