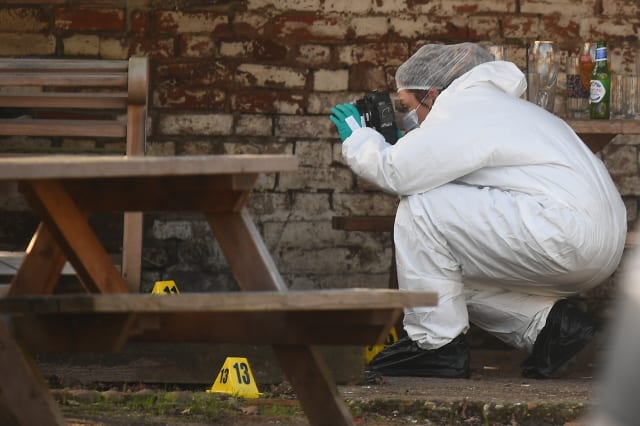 More than a thousand DNA profiles taken from crime scenes in the last year were contaminated by police officers and staff and now have to be destroyed, a watchdog revealed.

Forensic science regulator Dr Gillian Tully called for “gaps in quality” to be addressed to stop unreliable evidence being used in court.

Her annual report, which reviewed performance in the sector between November 2018 and November 2019, found 1,100 “unidentified crime scene samples” stored on the national DNA database were confirmed as being contaminated by police officers and staff and have to be removed.

Although some improvements had been made, Dr Tully said forensic sciences had been “operating on a knife-edge for years” and urged the Government act as a priority to tackle concerns.

She said: “The reality is that forensic science has been operating on a knife-edge for years, with particular skills shortages in digital forensics and toxicology.

“It is important that our ability to use science effectively in the criminal justice system does not lag behind technologically-enabled criminals.

“Quality is not optional. Standards need to be implemented across the board if the sector is to learn from the past and improve for the future.”

– Just 30% of police forces in England and Wales are likely to be accredited by the October deadline so crime scene investigators can carry out basic work and only a “handful” with be cleared for complex crime scenes.

– There is a “particular risk” with CCTV image analysis and comparison and the watchdog “voiced concerns about experts straying outside their area(s) of expertise”. At present no analysts are accredited to the required standards.

– The cyber attack on the UK’s biggest providers of forensic services Eurofins last year highlighted a shortage of toxicologists.

– There was a “woeful level of compliance” in digital forensics.

In one instance, software designed to gather digital evidence from devices like mobile phones made a “serious error”.

The report said: “Although failure to find data is the more common issue, there is a risk that the tool may perform poorly in other ways.

“The most serious referral was where the tool incorrectly attributed the recipient of deleted messages.”

Dr Tully said quality “does not exist in a vacuum”, adding: “The governance, funding, procurement and provision of forensic science all impact on the quality of provision.

“The instability that has continued to be seen in this reporting year represents a significant risk to quality.”

She reiterated calls for the regulator to be given the statutory powers promised in 2012. At present, she has no legal powers to enforce the required standards.

Government funding has also been cut, despite an increase in demand for its work, the watchdog said.

The report said: “Legislation is urgently required to give the Regulator statutory enforcement powers.

“The delay in legislating has, without doubt, resulted in slower progress towards compliance with quality standards, particularly in very small companies and police forces.

“It can only now be interpreted as a lack of priority being given to forensic science quality by the Government.”

Last year, a House of Lords Science and Technology Committee report criticised the Government over the “embarrassing” seven-year delay in giving the statutory powers.

A Home Office spokesman said: “We are strengthening forensics by boosting investment in digital capabilities and working with the police at a national level to develop innovative new solutions.

“Our aim is to make forensics work to a higher standard so it better serves the public by bringing criminals to justice.”