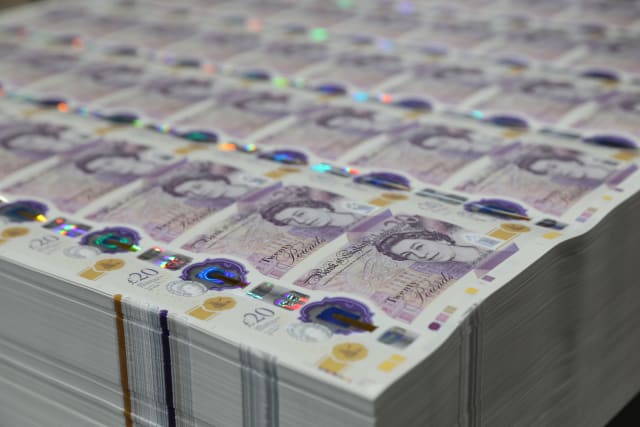 Banknote printer De La Rue has unveiled plans for “extensive” cost cutting as part of an overhaul to turn around its fortunes.

Recently appointed chief executive Clive Vacher said the group will look to cut annual costs by around £35 million over three years against previous targets for £20 million.

It also wants to “improve efficiencies” across its manufacturing bases and to boost capabilities at the sites to allow it to be more flexible to adapt to market conditions.

The firm is targeting a return to margin growth within its currency division in 2020-21, helped by the cost savings and investment in polymer notes.

It is now focusing on its two divisions – authentication and currency – having offloaded the international identity solutions business in October 2019.

The update on its turnaround plans come after it saw shares tank late last year following a warning it could collapse if recovery efforts fail.

It alerted in half-year results over a “material uncertainty that casts significant doubt on the group’s ability to continue as a going concern”.

But in its latest update, Mr Vacher said the group was “ready to execute on its plans”, which will now go to its lenders – led by HSBC – for sign off.

He said: “The plan drives extensive cost reduction and, in parallel, offers a substantial investment opportunity for growth.”

He added: “I am confident that this is the right plan for De La Rue.

“There is a considerable amount of work to be done, and the company has a single, focused plan, a fully aligned leadership team, and a greatly enhanced structure.”

De La Rue manufactures about a third of the world’s banknotes and employs more than 2,500 people.

It said it was too early to comment on the impact on jobs from the current overhaul, but is set to give further details on the plans when it posts full year results in May.

De La Rue has suffered a torrid couple of years, having suffered heavily from losing out to a French company for the contract to print British passports.

The group has warned over profits twice in recent months and its half-year results in November showed £12.1 million of losses against profits of £7.1 million a year earlier.

But on Tuesday it confirmed the group is in line for adjusted operating profit of between £20 million and £25 million for the year to the end of March, with trading in both its currency and its authentication divisions “satisfactory” so far in the second half of the year.