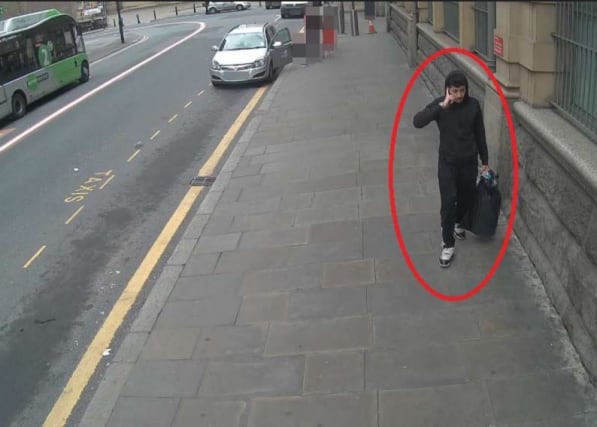 A CCTV image taken 19 seconds before the Manchester Arena bomber unleashed carnage on an unsuspecting crowd has been shown in court.

On May 22 2017, Salman Abedi, 22, detonated a homemade device packed with shrapnel as 359 people milled around the Arena foyer – one minute after an Ariana Grande concert ended.

CCTV pictures of the attacker standing amid the crowd of men, women and children was shown in the trial of his brother Hashem Abedi, who is accused of helping him plan the killings.

In it, Salman was seen wearing a large Karrimor rucksack containing the bomb.

The court heard 14,054 people had attended the pop concert that night and 359 people were in the foyer at the time of the detonation.

Security and medical staff provided first aid and checked for signs of life immediately after the blast.

British Transport Police officers from Victoria Station were the first to arrive at the scene.

Greater Manchester Police officers then checked for any “secondary devices” and secured the area, jurors were told.

A “major incident” was declared and a triage medical station was set up on the Victoria Station concourse for paramedics to treat the wounded.

All living casualties were moved out by 11.30pm and 19 people were confirmed dead at the scene, jurors heard.

The father of 15-year-old victim Meghan Hurley remained with her body until after 1am, the court heard.

Salman Abedi’s body was recovered in four parts and was riddled with nuts, wire and metal parts, jurors were told.

He was identified by his DNA and finger prints taken in 2012 when he was arrested for shop lifting, the court heard.

In the days before the Ariana Grande concert, the 20,000 capacity Manchester Arena had hosted a series of Take That concerts and a Professor Brian Cox Live event.

He was caught on CCTV footage leaving his rented flat on Granby Row in Manchester with a large suitcase then returning empty handed.

Later, he went out with his rucksack and took a Metrolink tram to Victoria Station in Manchester.

While waiting for the tram, he made a call lasting just over four minutes to his family in Libya, the court heard.

The bomber remained in the area of the Manchester Arena for two hours before detonating his device at 10.31pm.

Hashem Abedi, 22, who was in Libya with his family at the time of the attack, has denied 22 counts of murder, attempted murder and conspiracy to cause explosions.