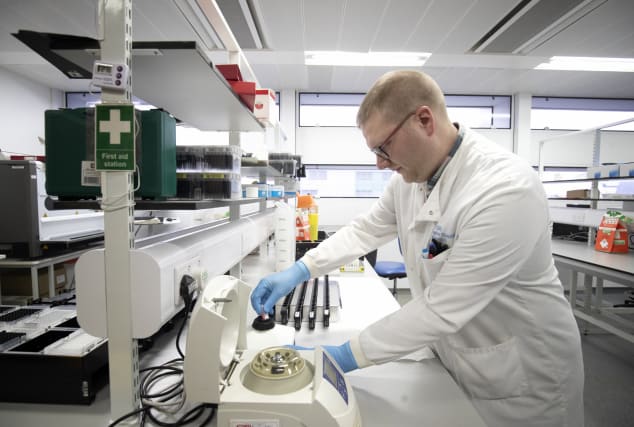 People could be banned from gathering in large numbers to contain cornonavirus, Scotland’s Chief Medical Officer has said.

Dr Catherine Calderwood cited the response to cases in Italy, where Serie A football matches are being played behind closed doors, church services in the affected regions have been cancelled and Milan’s famous opera house, La Scala, has temporarily shut down.

Speaking on BBC Good Morning Scotland, she said the Government and NHS were working on “containment first” and then – if coronavirus was discovered in this country – a range of measures to try to limit the number of people infected.

“If we do have a cluster, as has happened in Italy, then we move into delaying the spread,” Dr Calderwood said.

“Delaying the spread would mean some of the measures that have happened already in Italy – stopping people coming together in large groups so that one or a few individuals do not spread to many, many more around them.”

Dr Calderwood said deaths from this strain of coronavirus, known as Covid-19, appear to be more common in elderly people and those with conditions such as asthma or cancer.

She added: “We have been planning now for many weeks for the inevitability of any case in Scotland and that preparedness has started with our NHS but we now have stepped up our Scottish Government resilience unit so that we have plans put in place for across all of our county beyond our healthcare system.”

On Tuesday morning, the UK’s Health Secretary Matt Hancock said official advice has been changed to say those who have been to northern Italy – north of Pisa – should self-isolate if they have flu-like symptoms.

In Italy, 229 people have tested positive for the virus and seven have died, with police manning checkpoints around a dozen quarantined northern towns.

Although no cases have been identified in Scotland so far, health regulations have been updated, requiring doctors to inform health boards about any cases of the disease.

Patient information must be shared “if they have reasonable grounds to suspect a person they are attending has coronavirus”, according to the guidance.

More than 80,000 cases of coronavirus have now been identified and World Health Organisation director-general Tedros Ghebreyesus warned the spread of the virus has the potential to become a pandemic, although it has not reached that stage yet.

Asked about what people should do to try to prevent the spread of the virus, Dr Calderwood said: “The early detection is very important.

“At the moment, what we’re trying to do is to contain the virus and stop it spreading to other people so it’s very important people listen to the advice that if they have returned from one of the at-risk countries they isolate themselves if they symptoms and seek help either from their GP or out of hours by phoning NHS24 on 111.”

She added: “The simple measures – handwashing, sneezing and coughing into a tissue and binning that, making sure you’re not touching your face if you have sneezed, those are very straightforward and everyone should really be doing those all the time in a flu season in the winter.”