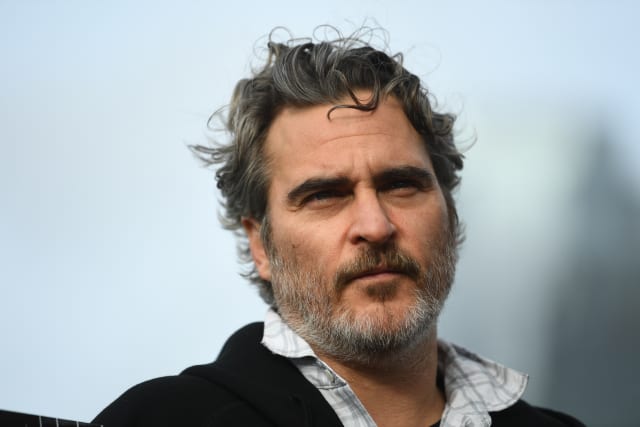 Celebrity activists such as Joaquin Phoenix need to be careful of the consequences of their calls for people to ditch eating meat, a farming leader has warned.

National Farmers’ Union president Minette Batters said livestock and dairy farmers were feeling “a sense of worthlessness on the back of a sustained assault on meat as part of a diet”.

She said it was the number one issue that farmers raised with her.

He made the call for people to break away from using animal products ahead of picking up his best actor award at the Baftas for starring in Joker.

Ms Batters, a beef farmer, said: “There’s a lot of people that seem to hit the red carpet at the Bafta awards, and celebrities have to be careful – there are real life consequences for others.

“Joaquin Phoenix, he’s had a really challenging life and you really feel for him and a lot of the things he was saying, but he’s got to remember there are people at the end of this, there are small family farms and they get hurt too.

“It’s about instilling this philosophy of being kind.”

In her speech to the NFU annual conference in Birmingham, Ms Batters called for an end to the victimisation by some activists against the livestock sector, and urged everyone including the media to think about the consequences of their words and actions.

After the speech, she acknowledged that diets in the UK might not stay the same, but said climate change would not be tackled with just a focus on meat consumption in this country. She added that the UK meat and dairy industry was a great model for sustainable production.

She warned the debate was “very polarised and it’s doing enormous damage to the mental health of livestock farmers”.

“I’m leading them on a journey of change, we want to do net-zero, we want to lead the world, but we have to stop this approach because I’m really worried about the people I represent when it’s taken back to getting rid of livestock farmers, effectively.”

The NFU did not want to be negative and say that veganism was wrong, she added.

“Diet is all about choice, but we’ve got to be looking at balance and the opportunities to have more fruit and veg in our diet, but let’s just be really grateful that we have high quality sustainable livestock and dairy farming in this country.”