William and Kate hoping to forge ‘lasting friendship’ with Ireland 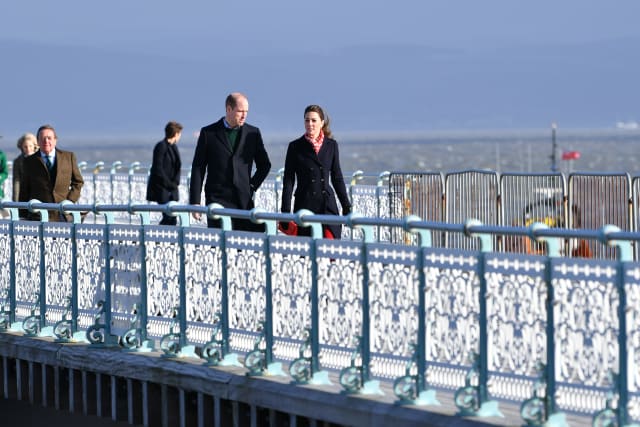 The Duke and Duchess of Cambridge are “looking forward to building a lasting friendship with the Irish people” during their first official visit to Ireland, Kensington Palace has said.

During the three-day visit the couple will meet Ireland’s President Michael D Higgins, political leaders and spend time in Dublin, and the counties of Meath, Kildare and Galway.

The visit, from March 3-5, will highlight the strong links between the UK and Ireland, and the couple’s programme will take in Ireland’s rich culture, community initiatives and spectacular scenery, said the palace in a statement.

The statement added: “Following Her Majesty the Queen’s historic visit in 2011, the visit will also focus on the relationship between the two countries, and build on the theme of remembrance and reconciliation.”

It also said: “The UK’s links with Ireland are extensive, and the duke and duchess are looking forward to building a lasting friendship with the Irish people.”

The Cambridges’ trip, which unusually was announced in advance, is likely to be seen as a diplomacy visit in the wake of Brexit.

William and Kate are also due to meet the Taoiseach, or prime minister, but it is not clear who will welcome the couple after Ireland’s top three political parties fell short of winning a majority in the recent general election.

Fianna Fail, Sinn Fein and Fine Gael finished in an almost dead heat and talks between the parties have been ongoing over the last two weeks to agree a coalition deal.

The Queen’s historic visit to the Irish Republic was made amid unprecedented security, and she became the first British monarch to travel there in 100 years and the first since the nation gained independence from Britain.

She bowed her head in Dublin’s Garden of Remembrance to pay tribute to the rebels who rose up against British rule in 1916, spoke Irish in an address to a state banquet and visited Croke Park stadium, where British forces shot dead 14 spectators at a Gaelic football match in 1920.

The Prince of Wales and the Duchess of Cornwall have made five visits to Ireland over the past five years, a sign of the closer Anglo-Irish relations ushered in by the Queen’s tour.

The statement added: “During the three-day tour, the duke and duchess will learn about local organisations working to support and empower young people and projects which provide opportunities to help them develop important life skills.

“Their Royal Highnesses will also hear more about Ireland’s conservation initiatives and efforts to protect its environment, with a particular focus on sustainable farming and marine conservation.

“2020 will see Galway host the European Capital of Culture on behalf of Ireland, a showcase of events highlighting the richness and diversity of Irish culture, art and sport.

“During their time in Galway, the duke and duchess will have the opportunity to experience a taste of modern and traditional Irish culture for themselves.”