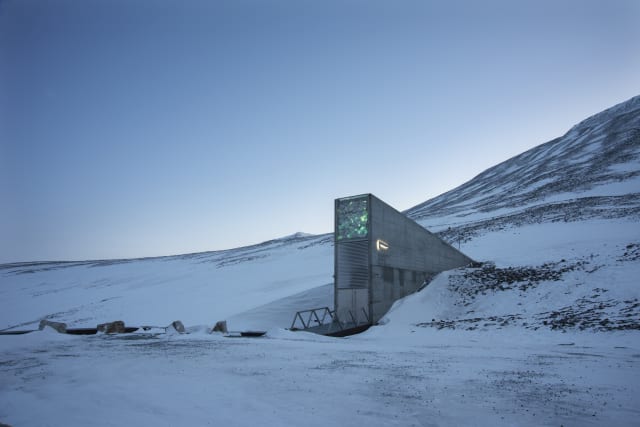 Wild plant seeds from meadows at the Prince of Wales’ residence at Highgrove are being stored in the “doomsday vault” in the Arctic.

The latest deposits at the Global Seed Vault in Svalbard, off the northern coast of Norway, also include the first seeds from the Cherokee Nation in the US, and bring the total number of samples stored there to more than one million.

The vault provides a back-up to the network of seed banks around the world which store, grow and replenish thousands of varieties of crops – but which can be threatened by war, accidents and natural disasters.

Storing plant seeds is important to ensure genetic material is available for food security, enabling plant breeders to develop new crops to withstand emerging pests and diseases and the extreme weather that climate change will bring.

Seeds of 27 wild plants from the meadows at Highgrove are being deposited at the vault on the archipelago of Svalbard, as well as in the collection at Kew’s Millennium Seed Bank at Wakehurst, Sussex.

The plants, hand-picked from the pasture, are species that are disappearing from the UK landscape.

They highlight the importance of conserving the diversity of life in the face of climate change and losses to nature, the scheme’s backers said.

Charles said: “Ever since I first arrived at Highgrove 40 years ago this year, I have battled to preserve and protect the crucially important diversity of flora and fauna that ultimately sustains our survival on this planet.”

He said he had done his utmost to maintain increasingly rare seeds of heritage vegetables, varieties of fruit and native breeds, which were being abandoned 40 years ago in favour of monocultures.

“It has proved to be an exhausting and often demoralising task to persuade people of the utterly essential role played by all this diversity in maintaining vibrant, healthy ecosystems that sustain both people and our planet,” he said.

“It’s more urgent than ever that we act now to protect this diversity before it really is too late.

“Therefore the Seed Vault and seed banks around the world play a vital role in this critically important mission.”

The Global Seed Vault, which stores seeds deep in a mountain in conditions which preserve them for decades, is run by Norway, the Nordic Genetic Resource Centre and the international organisation Crop Trust.

Crop Trust executive director Stefan Schmitz said:  “The contribution from Highgrove is important not only because of the seeds themselves, but because it sends an important message to the world about the critical importance of biodiversity conservation in confronting the impact of climate change and biodiversity loss.”

The plants from Highgrove are part of the largest and most diverse deposit of seeds to be made to the vault since it opened in 2008, and the first since improvements completed in 2019 to prepare for a warmer, wetter future.