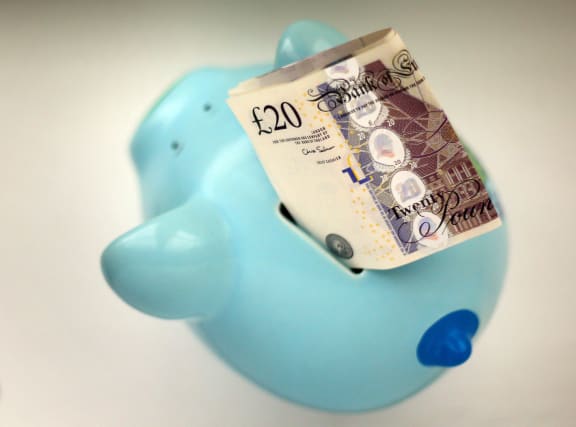 The rate at which over-55s are withdrawing cash from their pension pots could leave some at risk of running out of money in retirement, insurers have warned.

The Association of British Insurers (ABI) said that, nearly five years on from the launch of the pension freedoms, the notion of “cash today, poverty tomorrow” must be avoided, as large withdrawals from pension pots could mean later life hardship.

It said there are concerns that if the current rate at which many people are typically withdrawing cash from their pension pots continues, future pensioners will be at risk of running out of money in retirement.

The ABI also said a “black hole” in guidance and advice when people are weighing up what to do with their pension pots needs to be plugged.

It recommends that schemes give mandatory risk warnings if people ask for transfers out of final salary schemes, later life financial reviews, and banning unregulated investments.

Since April 6 2015, over-55s with defined contribution (DC) pensions have had the flexibility to access as much of their savings as they want under the new pensions flexibility rules.

But the changes have also placed much greater responsibility on savers to ensure that they make the retirement choices that are right for them.

It also pointed to figures from the Financial Conduct Authority (FCA) showing that in 2018/19 nearly half (48%) of people who accessed their pension pots did so without regulated advice or guidance.

The ABI said the most recent figures show that four in 10 (40%) flexible income withdrawals were at an “unsustainable” annual rate of 8% and over.

ABI director-general Huw Evans said: “The jury is still out on the success of the pension freedoms. We will only be able to judge their true impact decades from now, once it is clear whether those who have exercised their choices have the retirement that they were hoping for.”

Before the 2015 pensions revolution, DC pension savers would have been required to buy a fixed retirement income called an annuity with their pension pot.

But annuities have been controversial as they tend to be a “one-off” decision and people do not always shop around for the best deal.

Final salary schemes do not come under the new pension rules, but they are often described as “gold-plated” as they promise savers a certain level of income in retirement.

The ABI said that while many of the current generation of retirees benefit from final salary pensions providing a guaranteed retirement income, these schemes are in decline, and future generations will increasingly rely on pension savings without such guarantees.

This makes it vital that they can access guidance and advice.

The guidance service Pension Wise was set up alongside the retirement freedoms to help over-50s understand more about their options.

The Department for Work and Pensions (DWP) should require defined benefit (DB) pension schemes, such as final salary schemes, to provide those who wish to transfer their pension to a DC scheme with a letter warning of the risks, the ABI said.

It also said the Government-backed Money and Pensions Service should develop a later-life review to help people plan during their retirement and give people a stronger nudge towards guidance.

A Retirement Commission should be set up to advise on policy changes needed for good retirement outcomes, it argued.

Yvonne Braun, ABI’s director of policy, long-term savings and protection, said: “Nearly five years on from their introduction, it is now time to review how the pension freedoms are working. They may have brought about a retirement revolution, but it is too soon to tell how things will turn out.

“This report highlights some warning signs. We urge Government and regulators, working with the industry, to act on our recommendations, to deliver the changes needed to improve the outcomes for present and future retirees.”

Ros Altmann, a former pensions minister, said the evidence so far is incomplete – and further analysis is “urgently” needed.

She said: “To know whether taking ones pension in full is going to risk later life poverty will depend on the size of the fund and what other resources and pensions that person has.

“Most people have several pension funds and, if they are withdrawing one but still have others, they will not be at risk in the way suggested.

“But of course if people are taking too much out of their pensions too quickly, then that is more of a concern.”

Baroness Altmann said far more automatic use of Pension Wise is needed before people take money from their pensions, adding: “That way, someone can explain to them why withdrawing or transferring is not a good idea and there are many advantages to keeping money in pensions rather than paying tax on large withdrawals.”

“As part of our contribution towards this, we are already working on projects to increase the proportion of people taking up free pension guidance and to help provide new tools and platforms to empower savers.”