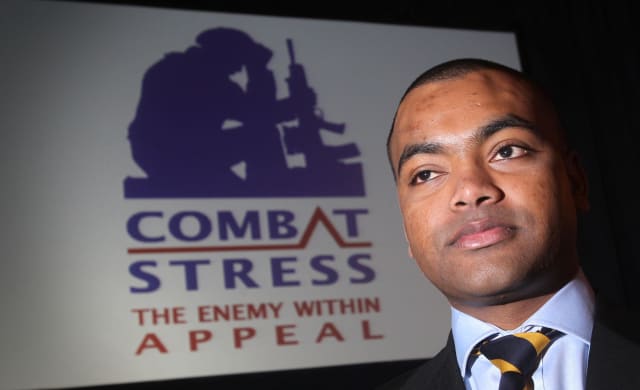 The lack of mental health support for veterans has been branded “unforgivable” by an MP leading a cross-party push to ringfence health spending for those in the armed forces.

Jamie Stone, the Liberal Democrats defence spokesman, will urge the Government to support a new law that would give veterans and members of the armed forces special status in NHS mental health spending plans.

The move, backed by Labour, the SNP and a former Tory minister, is designed to tackle a “spike” in the number of service personnel who have taken their own lives.

It comes as Combat Stress, the UK’s leading veterans mental health charity, confirmed it does not have the resources to take on new referrals.

The number of suicides among those in the UK armed forces has steadily risen in recent years.

Ministry of Defence (MoD) statistics show that one person took their own life in 2014, but as many as nine people killed themselves in 2017, while there were a further five suicides in 2018.

Meanwhile, two out of four MoD mental health centres were rated as inadequate or needing improvement by the Care Quality Commission (CQC) between April 2017 and January 2019.

It follows the publication of a report last year by the Commons defence committee in which MPs said it was a “scandal” that the NHS budget of more than £150 billion earmarked less than £10 million annually – just 0.007% – to veteran-specific mental health services.

Mr Stone and supporters, which include Labour shadow defence secretary Nia Griffith and ex-trade minister Mark Garnier, have written to Chancellor Rishi Sunak calling on him to ringfence funding for mental health support to veterans and those enrolled in the armed forces in his March 11 Budget.

In a bid to drive the message home, the Lib Dem MP will put his National Health Service Expenditure Bill before Parliament on Tuesday February 25.

Calling for ministers to support his law change, Mr Stone told the PA news agency: “People who have served in our armed forces have often risked their lives for our country.

“It is unforgivable that we do not do enough to look after them in return.

“Cuts to the NHS, under this Conservative government, have led to dramatic falls in psychiatric staff and the conditions at MoD mental health centres.

“With a spike in suicide amongst service families, the Government must urgently commit to proper support for people who risk so much for their country.”

Under-strain charity Combat Stress, which backs the Bill, said 80% of the veterans it treats found their needs were “not met” on the NHS.

“The government needs to ringfence funding for specialist services, such as ours, that understand and can successfully treat those veterans with complex post-traumatic stress disorder,” said the charity’s chief executive Sue Freeth.

“There is a significant funding gap for veterans with complex mental health needs who need intensive clinical rehabilitation and struggle to access this support elsewhere.

“Faced with significantly scaling back our services due to a reduction in funding, we are holding urgent talks with the Government, calling on them to step up for veterans and bridge the gap.”

“The framework and system of veterans care is changing in this country.

“I’m absolutely committed and so is the Prime Minister that this nation will follow through on its debt to its veterans and that the main healthcare provision comes from the NHS.

“In April I’ll be launching the armed forces strategy, laying out clearly how that works.”