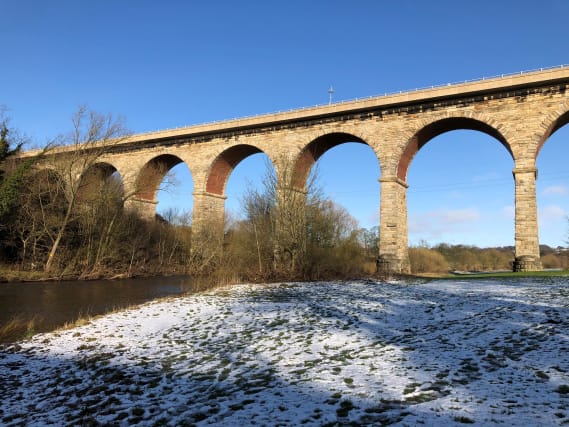 An MP has offered her support to anyone affected by the death of a 13-year-old boy whose body was pulled from the River Wear.

A major search was carried out, including police, fire and search and rescue specialists, on a stretch of the Wear beneath Bishop Auckland, County Durham.

It started on Sunday evening when the boy went missing and continued the next morning, focusing on a section of the river downstream from the Newton Cap viaduct, close to the grounds where the Kynren shows are produced.

Durham Police confirmed that a body had been found, believed to be that of a local 13-year-old boy, although he had not yet been identified.

The force had earlier requested that the public did not join the search on Monday, amid treacherous conditions beside the river following snow.

The Wear was running quickly as the snow melted and flooded local roads.

The boy’s mother had asked people to help find her son in a Facebook appeal which was widely shared.

Bishop Auckland Tory MP Dehenna Davison tweeted: “I’m devastated to hear the news that a body was found in the River Wear this morning.

“To lose a loved one is agonising, and my thoughts and prayers are with the victim’s family and friends.

“My sincere thanks go to all the agencies involved in the search, including the local police, mountain rescue, and the coastguard.

“Their work is outstanding, especially in such difficult conditions.

“My thoughts also go out to the individuals who took part in the search, who I know will have had an emotional stake in it.

“Myself and my team will be there to offer support to anyone affected by this sad news.”

Durham Police said the boy’s death was not being treated as suspicious.

A force spokeswoman said: “Sadly, the body of a teenager was found in the river this morning.

“Formal identification has yet to take place, but it is believed to be the body of a 13-year-old boy.

“His family have been informed and our thoughts are with them at this tragic time.”

The spokeswoman said a file will be prepared for the coroner.