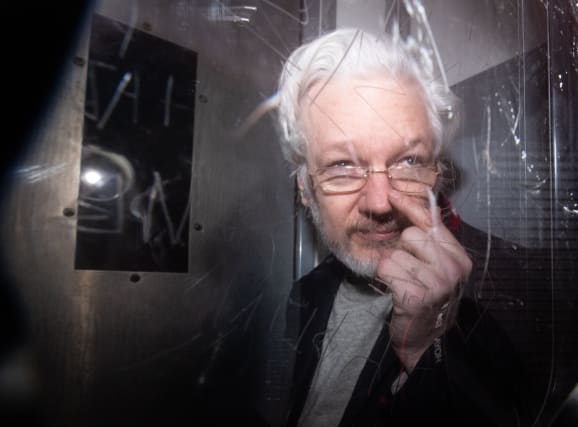 WikiLeaks founder Julian Assange is guilty of “ordinary criminality” by hacking into and stealing from a US government computer system, a court has heard.

Opening an extradition hearing at Woolwich Crown Court on Monday, James Lewis QC, representing the US, said journalism is not an “excuse” to break the law.

He told District Judge Vanessa Baraitser that Assange, 48, is not charged with publishing “embarrassing” information the US would rather was not disclosed.

He said the dissemination of specific classified documents unredacted put dissidents in Afghanistan and Iraq at “risk of serious harm, torture or even death”.

Australian Assange is wanted in America to face 18 charges in the Eastern District of Virginia, including 17 under the Espionage Act, and conspiring to commit computer intrusion.

Mr Lewis said the majority of the charges relate to “straightforward criminal” activity, which he described as a “conspiracy to steal from and hack into” the department of defence computer system along with former US army intelligence analyst Chelsea Manning.

“These are ordinary criminal charges and any person, journalist or source who hacks or attempts to gain unauthorised access to a secure system or aids and abets others to do so is guilty of computer misuse,” Mr Lewis said.

“Reporting or journalism is not an excuse for criminal activities or a licence to break ordinary criminal laws.

“This is true in the UK as it is in the USA, and indeed in any civilised country in the world.”

Assange’s lawyers have said he could face up to 175 years in jail if found guilty, but Mr Lewis described this as “hyperbole”, although it would be a matter for the US court.

Assange, wearing a grey suit and grey sweater over a white shirt, stood in the dock, speaking only to confirm his name and date of birth in front of supporters in a packed public gallery, including his father, John Shipton.

The extradition hearing will be adjourned at the end of this week of legal argument and continue with three weeks of evidence scheduled to begin on May 18.

Whatever the outcome, the decision, expected months later, is likely to be appealed against by the losing side.

Assange has been held on remand in Belmarsh prison since last September after serving a 50-week sentence for breaching his bail conditions while he was in the Ecuadorian embassy in London.