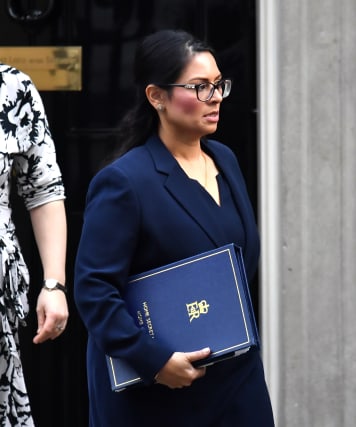 Priti Patel is a “demanding” boss but she is not a bully, one of her senior Home Office colleagues said following a series of claims about feuding at the top of her department.

Ms Patel has expressed her concern at “false allegations” that she says are being made about her amid claims she clashed with senior officials, belittled colleagues and is distrusted by intelligence chiefs.

An ally said the Home Secretary was “absolutely livid” about the recent slew of allegations and insisted she was demanding a leak inquiry to be carried out by the Cabinet Office.

However, Cabinet Office sources were adamant that a request had not been received either formally or informally yet.

He conceded that there is “huge frustration” across the Home Office around some of the “false assertions that have been made publicly” about Ms Patel.

“I don’t accept those assertions that have been seen in the press about the Home Secretary,” he told Sky News.

“I think the Home Secretary is absolutely focused on the public good, the agenda that we’ve set around policing, on immigration and indeed around counter-terrorism and security.”

The Government on Sunday moved to strongly deny claims that MI5 chiefs do not trust Ms Patel and were limiting intelligence sharing.

The latest allegation came after she was accused of bullying officials and creating an “atmosphere of fear” at the department, which allies denied.

And it emerged last week that Ms Patel had tried to move permanent secretary Sir Philip Rutnam from her department after they had a series of rows.

A Home Office spokesman said: “The Home Secretary and permanent secretary are deeply concerned about the number of false allegations appearing in the media.

“They are focused on delivering on the Home Office’s hugely important agenda, which includes creating an immigration system that works for the UK, putting more police on the streets and keeping the public safe from terrorism.”

The security services were dragged into the row when the Sunday Times reported officials alleging intelligence chiefs do “not trust” her and have decided to share less intelligence with her.

A Government spokesman responded: “The Home Secretary and MI5 have a strong and close working relationship, and baseless claims to the contrary are both wrong and against the public interest.

“The Home Secretary receives the same daily intelligence briefings as her predecessors, and no information is being withheld.”

An ally said Ms Patel asked the Cabinet Office’s director-general of propriety and ethics, Helen MacNamara, to carry out a formal leak inquiry.

But the ally said that Ms MacNamara has so far blocked the attempt.

This, however, was quickly denied by Cabinet Office sources who moved to say no request had been made to Ms MacNamara.

“It happens again and again and I don’t believe these allegations against Priti Patel.

“I think she’s a highly effective Home Secretary and I think whoever is making these briefings should stop it because I think they are unfair and they are damaging.”