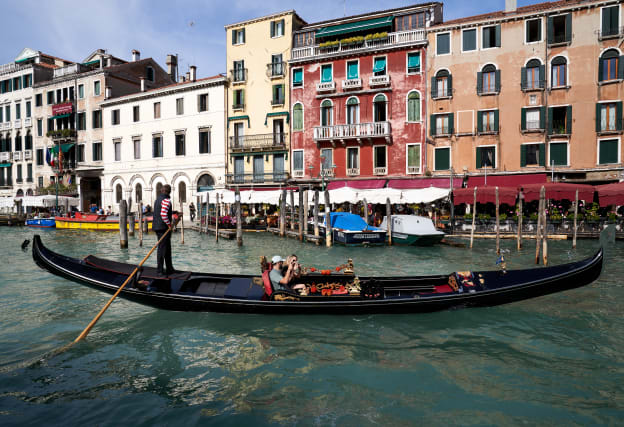 Markets opened sharply down across Europe as the week begun amid worries of a coronavirus outbreak in Europe.

The FTSE 100 fell to its lowest point since December, its fastest fall in nearly five months.

Coronavirus fears gripped Europe over the weekend after Italy confirmed at least 152 cases.

It marks the biggest outbreak of the deadly virus outside China, and caused Italian authorities to scramble to contain the outbreak.

“With further outbreaks likely to continue across the world, and Iraq and Turkey closing their borders to Iran after cases being reported there, financial markets could well have to get used to an extended period of uncertainty, as consumer behaviour globally starts to change,” said Michael Hewson, an analyst at CMC Markets.

Only three of the FTSE’s 100 shares were in the black on Monday morning. The fastest falling businesses were airlines, hit by worries that coronavirus might push down the appetite for global travel.

Mining companies, many of which lean heavily on exports to China, also fell, with Evraz and Anglo American leading the pack.

However British companies were lucky, with the index falling less than other major European markets.

It is a major downswing for the markets, however worse could follow, warned Nigel Green, the chief executive of deVere Group, a financial adviser. He said that stocks will likely rebound after the initial shock, making investors complacent.

“This is because many investors remain complacent about the far-reaching impact of coronavirus, which is continuing to spread – and a faster pace. This will inevitably hit financial markets and investors’ complacency leaves many wide open to nasty surprises,” Mr Green said.

He added: “Until such time as governments pump liquidity into the markets and coronavirus cases peak, a near-term correction – of up to 10% – is increasingly likely.”