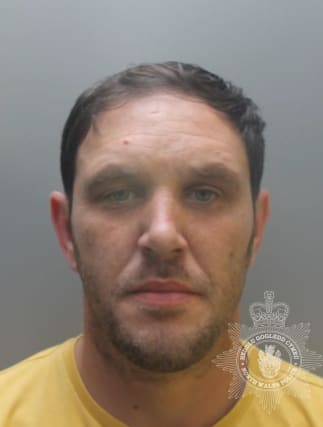 The partner of a retired lecturer who was fatally shot with a crossbow has called for his murderer to reveal why he killed him.

Terence Whall, 39, was convicted at Mold Crown Court on Monday of killing Gerald Corrigan, 74, who was fatally injured as he adjusted a satellite dish outside his home in Anglesey, North Wales, in the early hours of Good Friday, April 19, last year.

The jury in the trial, which lasted more than four weeks, was told it may never know why Mr Corrigan was murdered.

North Wales Police said a parallel fraud investigation was ongoing after claims the pensioner and his partner Marie Bailey, 64, handed over £250,000 to convicted fraudster Richard Wyn Lewis, before his death.

In a statement, Miss Bailey said: “To that sad, twisted, broken soul who murdered him, I say if you have an ounce of humanity, any sense of decency, then you would tell us now why you have done this.”

He said: “We really want the Corrigan family to have the answers to understand why someone has so brutally executed their partner, their father.”

Mr Corrigan’s daughter Fiona said: “The reason the news of the shooting was such a shock for us was that he was such a good man. Just an average bloke enjoying his retirement.”

The court heard the couple handed money over to Mr Lewis, who remains under investigation, for a land deal, work to a house and a horse.

Mr Lewis also grew cannabis in an outbuilding at their property but removed the drugs farm when Mr Corrigan realised the scale of the operation, the court heard.

The court heard evidence Whall and co-defendant Gavin Jones, 36, who were both convicted of conspiracy to pervert the course of justice for a plot to set fire to Whall’s car, were also involved in a dispute over money with Mr Lewis.

Whall, a twice-married tai chi instructor from east London, denied ever meeting Mr Corrigan, who died in hospital on May 11.

But, the court heard he hid outside the father-of-two’s remote home and waited for him to leave after the Sky signal was interfered with.

The crossbow bolt passed through the pensioner’s body causing serious internal injuries and bruising his heart before shattering a bone in his arm as it left his body.

The GPS system from Whall’s state-of-the-art Land Rover Discovery, which was found burnt out in a disused quarry on June 3, showed he had been in the area of Mr Corrigan’s home, near South Stack, at the time of the shooting and on the previous night.

Whall initially told police he was at home on the night Mr Corrigan was shot but, when the GPS showed he was not, he said he was in the area because he was having a sexual encounter with friend Barry Williams.

Part way through the trial, which lasted more than four weeks, Jones’s brother Darren Jones, 41, and his friend Martin Roberts, 34, pleaded guilty to the arson of the Land Rover Discovery.

Whall, Gavin Jones, Darren Jones and Roberts are due to be sentenced on Friday.