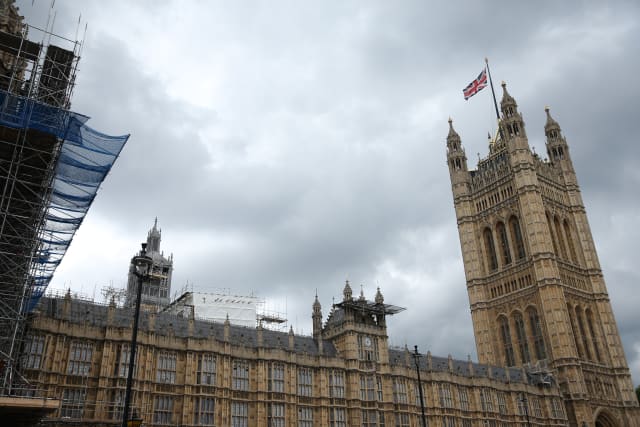 Cash from British taxpayers could risk aiding the emergence of “Isis mark two” in refugee camps, ministers have been warned.

Tory MP Mark Pritchard (The Wrekin) raised concerns about radicalisation in camps in Syria, including that some appear to be turning into a refuge for former so-called Islamic State (IS) leaders’ wives.

He sought assurances from the Government about the action being taken to prevent British money inadvertently funding a second version of terror group IS, also known as Isis and Daesh.

James Cleverly, a joint Foreign Office and international development minister, said the UK will “monitor the situation” in the camps “as best we can”.

The exchanges occurred during a Commons urgent question on Syria, in which senior Tory Tobias Ellwood also called for a no-fly zone in Syria to protect civilians – as the Government said its attempts to broker a ceasefire are being blocked by Russia.

Speaking in the chamber, Mr Pritchard said: “On the issue of displaced persons, widows, orphans and refugees in camps in northern Syria, does the minister of state share my concern that some of those camps appear to be – some of them by the way funded by British taxpayers – becoming a refuge for former Isis leaders’ wives who are running those camps under a new Isis regime and making it a one-stop shop for the radicalisation of further people in those camps and children.

“What is being done to ensure that the British taxpayer is not funding for Isis mark two?”

Mr Cleverly responded: “The position of the UK Government and DFID is clear, we take a zero-tolerance approach to our funding being diverted and used to facilitate international terrorism or violence.

“We will continue to monitor the situation in these camps as best we can.

“But we do not have a full diplomatic or embassy structure in Syria for obvious reasons, but we’ll make sure UK money is well spent.”

Earlier, Mr Cleverly said Russia was blocking calls for a ceasefire by the UK, the US and France.

He added: “We have repeatedly pressed for an immediate, genuine and lasting ceasefire including at the UN Security Council.

“We have called a number of emergency council sessions on Idlib in New York, most recently on February 6 alongside the P3, where the UK ambassador to the UN Karen Pierce reiterated our clear call for a ceasefire and our support for Turkey’s efforts in this region.

“There is overwhelming support for this in the Security Council and we regret very much that the Russians continue to obstruct the possibility of agreement.”

Mr Cleverly also left opposition MPs frustrated by his responses to their pleas for Britain to welcome more Syrian refugees.

Labour’s Alison McGovern (Wirral South) said: “When he describes the United Kingdom in relation to Syria as an active leader in the humanitarian space, does he understand how that sounds to the Syrian diaspora who have suffered as we’ve discussed this issue so many times in this House?”

She added MPs are “all complicit in what is going on in Syria”, explaining: “Every time a minister comes to that despatch box with nothing new to say and only regret, it’s brutal for those people in Syria right now who are freezing as bombs fall on children’s heads.”

Ms McGovern urged the Government to take in more Syrian refugees, to which Mr Cleverly replied: “The simple truth is there are millions of displaced people both internally within Syria and in neighbouring countries.

“The best thing for the UK to do is to ensure that the violence stops so that where possible people can return to their homes.”

Mr Cleverly also said: “While I completely understand her passion for the UK to take on board or to take in more refugees, the simple truth is the numbers of displaced people in region would be impossible for the UK to host and that would not be a credible response to this situation.”

Shadow Foreign Office spokesman Khalid Mahmood earlier said: “What is happening today in Idlib fills us all with horror and dismay, but it all should fill us with frustration because it has been clear that this stage of the conflict was coming.”