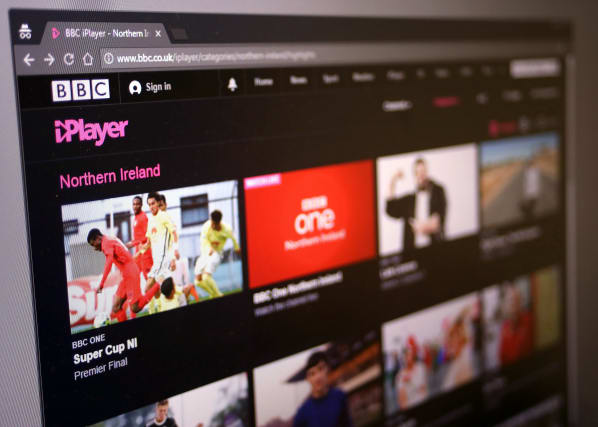 BBC chief Piers Wenger has said the broadcaster moving to a subscription-style service would be a “massive loss” and a “shame”.

Downing Street is considering replacing the TV licence fee with a subscription model as part of a move to scale back the corporation’s operations.

The broadcaster’s head of drama said such a change would prevent the BBC from catering to the “whole sweep of Britain”.

During a BBC drama launch event in London, Mr Wenger was asked how a subscription-only service would affect how the BBC commissioned new programmes.

He said: “It would change it completely because we wouldn’t be making the BBC a universal service.

“I tried to capture today that a massive part of what motivates us is making drama for everyone – for families, for 16 to 24-year-olds, for everyone.

“And if you were a subscription service you would make it for your customers, which wouldn’t be the whole sweep of Britain.

The Government is already consulting on proposals to decriminalise non-payment of the licence fee and ministers have suggested it could be abolished altogether when the BBC’s charter comes up for renewal in 2027.

Mr Wenger, who has been in the role since 2016, also addressed the accusation that the BBC has become preoccupied with appearing “woke”, which means being alert to injustice in society.

A recent BBC adaptation of The War Of The Worlds featured a more prominent female lead while A Christmas Carol, which aired over the festive period, featured a black actress as Mrs Cratchit.

Mr Wenger said: “They were adaptations of books that were written a long time ago – hundreds of years ago – but we are repurposing them for a contemporary audience.

“That’s the point of adaptation. You do that with everything.

“I really object when I hear the word woke used in a pejorative way because what does woke really mean? If it means equality being important and fair representation being important then absolutely, that is important to me.

“Whether that is what woke means, I don’t really know, but I do think that equality, fair representation and portrayal are all things that matter hugely to the BBC and it would be a dereliction of our duty if we didn’t own those particular initiatives.”

He also rejected the idea that Doctor Who, which currently stars Jodie Whittaker as the Doctor, should be “rested” because of falling viewing figures.

“I have worked on Doctor Who myself,” he said.

“I produced it for many years and I can honestly say that I don’t think it has been in better health editorially.

“I think it is fantastic. The production values have obviously never been better. It is also not just funded by the BBC. It is funded by lots of international partners.

“It is an incredibly important show for younger audiences. It is still watched by families in a world where there are fewer and fewer shows that have the power to do that.

“So it will always be an important show to us and I think we are a very long way away from wanting to rest it.”

Mr Wenger also admitted that he would have liked to secure HBO’s Succession and Netflix’s Black Mirror for the BBC.