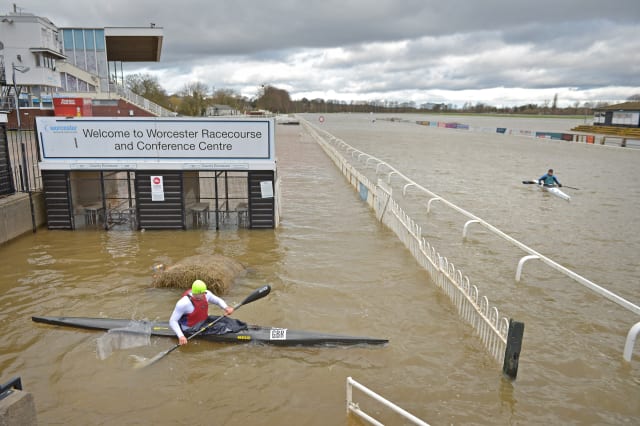 Snow falls are expected to cause problems across Scotland, Northern Ireland and northern England as warnings of further flooding are issued.

Even Scotland’s lower regions are expected to get a covering of snow on Monday – with traffic disruption predicted for the morning commute – as the new working week begins with more stormy weather.

Further south, a fresh severe flood warning – meaning an imminent danger to life – has been issued for the River Severn in Shrewsbury, as the Environment Agency warned of ongoing flooding dangers across England.

Mr Eustice told Sky’s Sophy Ridge On Sunday: “In a Cabinet Government it’s not a one-man show, it’s right that on certain operational things such as this that the Prime Minister will ask one of his Cabinet members to lead, I can’t see anything wrong with that.”

A yellow weather warning has been issued for snow across all but the most northern areas of Scotland and Aberdeen from 3am on Monday. Higher ground is expected to see significant accumulations but commuters in the Central Belt have been warned to take care.

Met Office forecaster Simon Partridge said: “It could be a pretty tricky commute first thing tomorrow for a lot of people.

Mr Partridge said Northern Ireland and parts of northern England are also expected to see snow, especially on higher ground where yellow weather warnings have been issued for snow and rain.

Areas of the north that dodge the snow are still likely to see large amounts of rain and gale force winds, the forecaster added.

As well as the severe flood warning for Shrewsbury, the Environment Agency (EA) had issued 91 flood warnings and 182 flood alerts by Monday morning.

Warnings and alerts were in place from Cornwall to the Norfolk coast and from Dorset to the Scottish border.

An EA spokesman said ongoing flooding is possible for parts of the West Midlands, along the Severn and Wye and also in parts of the north of England, including in the lower River Aire in Yorkshire.

He said: “This rain is falling on saturated catchments where river levels are already high.”

England has already received over 141% of its average February rainfall so far but the spokesman said it was too early to comment on reports that it may be the wettest February for 30 years.

Scotland saw further flooding on Saturday, with a number reports of vehicles becoming stranded in various towns and villages west of Glasgow.

And, in Wales, there were nine flood warnings in force and 19 alerts.

While the extreme weather should settle down over Tuesday and Wednesday – accompanied with a notable dip in temperatures – the Met Office said further heavy rain is expected on Friday.

The bleak outlook follows more than a fortnight of downpours and flooding that started with Storm Ciara, continued with Storm Dennis and kept going with the weekend’s storms, which – contrary to some reports – have not been named by the Met Office.