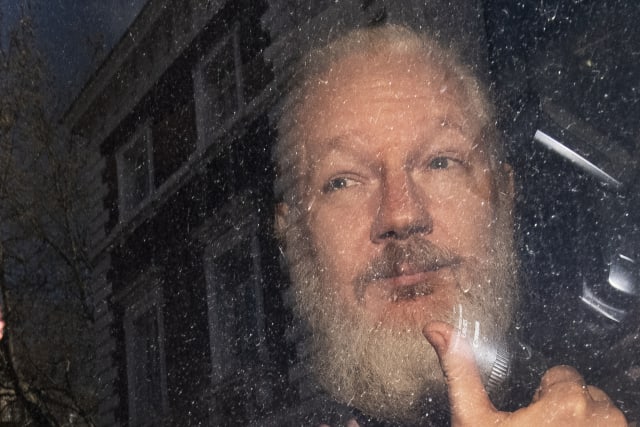 Julian Assange’s father has claimed his son was “harassed” by a prison cell search the day before the start of his court battle against extradition.

Speaking to reporters afterwards outside, Mr Shipton demanded Assange be released on bail.

“For the life of me I can’t understand why Julian Assange is in jail having committed no crime, with family here that he can come and live with,” he said.

“Bail ought to be given immediately if the extradition order isn’t dropped.

“Julian had a harassment today. He goes to court tomorrow. They searched his cell this afternoon just before he came down to see us.

“This plague of malice that emanates from the Crown Prosecution Service to Julian Assange must stop immediately.”

Mr Shipton was accompanied on his visit by Greek economist Yanis Varoufakis, with both met by representatives from Reporters Without Borders as they left the prison.

Assange, 48, is wanted in the US on 18 charges over the publication of US cables a decade ago and if found guilty could face a 175-year prison sentence.

He is being held in Belmarsh as he awaits the start of a full extradition hearing at the nearby Woolwich Crown Court on Monday.

Last week Mr Shipton warned his son’s extradition would be akin to a “death sentence”.

He addressed the hundreds of Assange supporters after they marched through central London to Parliament Square on Saturday to protest against his son’s potential extradition.

More than 40 international legal experts have written to Prime Minister Boris Johnson demanding the “rule of law be upheld” before Assange’s hearing on Monday, claiming he has not had proper access to his legal team.

The letter was handed in to 10 Downing Street on Saturday and also urged the British legal community to act “urgently” to secure Assange’s release.