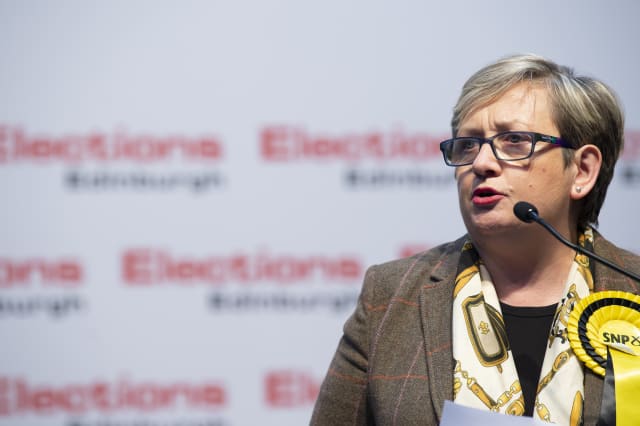 Joanna Cherry QC has confirmed she would step down from Westminster if she is elected to a Holyrood seat.

The Edinburgh South West MP confirmed on Saturday that she would seek support from her party to challenge for the Edinburgh Central constituency in the 2021 Scottish Parliament election.

It means she will go head-to-head with the SNP’s former Commons leader Angus Robertson in seeking the nomination.

Ms Cherry confirmed on Sunday she would step down as an MP if she succeeded in being elected to Holyrood.

She said: “Edinburgh Central is my home branch, I have been a member there since 2008.

“I have lived in the constituency since 2002 and since 2015 I have been the MP for Edinburgh South West which covers a significant part of the Central seat, including Gorgie, Dalry Haymarket, Fountainbridge and part of Tollcross/Bruntsfield.

“I am very grateful to all the people who have approached me and encouraged me to put my hat in the ring when nominations open.”

Mr Robertson revealed on Tuesday that he will be seeking the SNP’s nomination to stand in Edinburgh Central at the 2021 election to try to overturn the Tories’ 610-vote majority when Ms Davidson stands down.

The seat was won from the SNP by the former Scottish Conservative leader at the last Scottish Parliament election in 2016 but Ms Davidson has indicated she will be stepping down at the next poll.

The former SNP leader in the House of Commons has been linked with standing to become an MSP after losing his Westminster seat to the Conservatives’ Douglas Ross at the 2017 general election.

It was ultimately successful in the Supreme Court, resulting in the quashing of the suspension, which had been imposed in September.