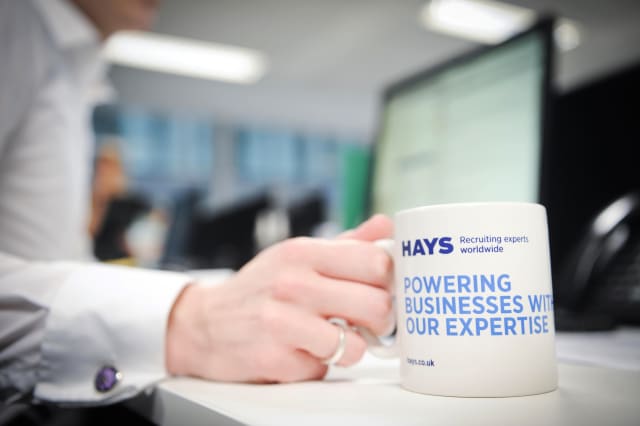 The boss of recruitment giant Hays has given his backing to the Government’s controversial immigration overhaul, saying it will allow UK firms to attract “world-class talent” from around the globe.

Chief executive Alistair Cox said it was right that EU and non-EU citizens coming to the UK would be treated equally once free movement between the UK and Europe ends on December 31.

He told the PA news agency that if firms cannot rely on low-paid workers from the EU, they will have to think about investing in their workforce and re-skilling employees as technology and automation comes to the fore.

He said: “To build a world-class economy, our businesses need access to world-class talent and not just originating from elsewhere in the EU.

“It’s wrong to differentiate between world-class people from, say Canada, and those in France.”

“I welcome the changes,” he added.

It comes after the post-Brexit immigration plans to scrap visas for low-skilled workers raised fears over a shortage of employees in sectors, such as the care and hospitality industries.

The Government is set to introduce an Australian-style points system and require skilled migrants to earn £25,600 or more if they are coming to the UK with a job offer.

But some industry leaders warned it could spell disaster for the care sector, with farmers, builders and food and drink businesses also risk.

Mr Cox said it was a “positive move” for the so-called white-collar recruitment market that Hays operates in, but conceded there would be issues for sectors with low-skilled workers.

“It’s a good thing, but clearly there will be some sectors that have traditionally been dependent on an almost constant supply of very low-cost labour from across the EU who will have a problem in the short term,” he said.

Employers will have until January 1 2021 to meet the requirements and ensure their staff have a right to work in the UK.

The plans will see the UK have “full control over who comes to this country” for the “first time in decades”, according to the Government’s paper.

But independent adviser the Migration Advisory Committee said last month that replacing freedom of movement with a points-based immigration system after Brexit could cut economic growth and may have “zero effect” on providing more British jobs for British workers.