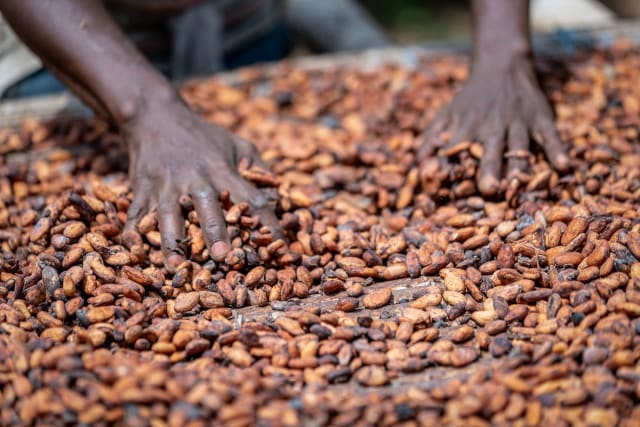 A gender pay gap in the global chocolate industry has been revealed, with the average woman cocoa farmer paid as little as 23p a day.

The Fairtrade Foundation called on the Government, chocolate companies and supermarkets to join an alliance aimed at boosting the income of women.

The group used the start of this year’s Fairtrade Fortnight to highlight the “hidden inequality” suffered by women and girls in the multibillion-pound chocolate industry.

It launched a She Deserves campaign, revealing that in West Africa, where 60% of the world’s cocoa is grown, the average woman cocoa farmer earns as little as 23p a day.

In Cote d’Ivoire, despite carrying out 68% of the labour, which involves planting and harvesting, hacking cocoa pods, fermenting, drying and bagging up the cocoa beans as well as domestic duties in the home, women have fewer rights than men, receive less money and are often landless.

Julia Nicoara, director of public engagement at the Fairtrade Foundation, said: “Many of us don’t know the bitter truth of exploited farmers behind much of our chocolate, with women doing much more of the work for much less of the pay.

“This Fairtrade Fortnight we’ll be telling and hearing the stories of some of the inspirational women cocoa growers.”

A series of events will be held across the country in the next two weeks, with the Fairtrade Foundation’s grassroots networks of around 1,600 Fairtrade schools and towns staging storytelling events to highlight the women’s lives.

Manchester, York, Edinburgh, Cardiff and Oxford will host special community events that will feature speeches from two West African women cocoa farmers, who will tell their stories about how, against the odds, they have become leaders in their communities.

Louisa Cox, director of impact at the Fairtrade Foundation, said: “It takes two to grow cocoa, it’s a partnership crop that needs both the man and the woman to successfully see it through to harvest.

“Yet often the woman does two thirds of the work for less than a third of the income, meaning a bitter taste to the sweet treat.

“If the cocoa industry is serious about a long-term sustainable future for their business then they must truly sweeten the deal and invest more in the women behind our chocolate.”

The foundation pointed out that the UK chocolate industry is worth at least £4 billion a year, and as a nation of chocolate lovers, consuming more per person than any other European country, the UK should be leading efforts to ensure that all cocoa farmers, especially women, can earn a living income.

Yet despite this, most cocoa farmers continue to live in abject poverty, said the foundation, adding that the UK Government, chocolate companies and supermarkets should join the Alliance on Living Incomes in Cocoa, a new international initiative.