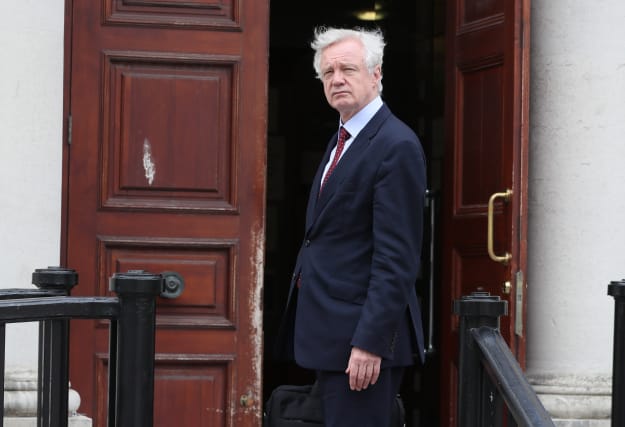 It follows suggestions that Prime Minister Boris Johnson wants to replace a number of officials as part of a Whitehall shake-up.

Speaking on BBC One’s The Andrew Marr Show, Mr Davis suggested the current issues in the civil service would not be resolved via a “firing squad”.

He also took aim at Mr Johnson’s senior adviser Dominic Cummings, saying that those in his role are “here today, gone tomorrow”.

Mr Davis said: “Look, I mean there are problems to solve, I don’t know whether the headlines reflect the reality, the ‘hit list’ to pick the rhyming slang here.

“There are issues to resolve in the civil service, there is no doubt about that… but you don’t solve a piece of managerial reform with a firing squad, that’s not the way to do it.”

Last week, No 10 faced criticism over the hiring of Andrew Sabisky, who later resigned after his views on eugenics and women were reported in the media.

Mr Davis outlined the importance of not bypassing vetting processes, with Mr Cummings having previously made an appeal for “misfits and weirdos” to apply for jobs.

“I think what is happening is people are not paying enough attention to the bits of the system that do work,” said Mr Davis.

“The bits of the system that do work are the positive vetting processes and so on, and if you start bypassing those, you start breaking the china and that’s what you don’t do.”

Asked about some of the disparaging comments made against him by Mr Cummings, including being described as “thick as mince” and as “lazy as a toad”, Mr Davis said: “I mean, Cummings doesn’t like me, I know that, that’s self-evident, but frankly he’s a special adviser – here today, gone tomorrow.”