Coronavirus evacuee: ‘Fantastic’ to be freed after 14-day quarantine 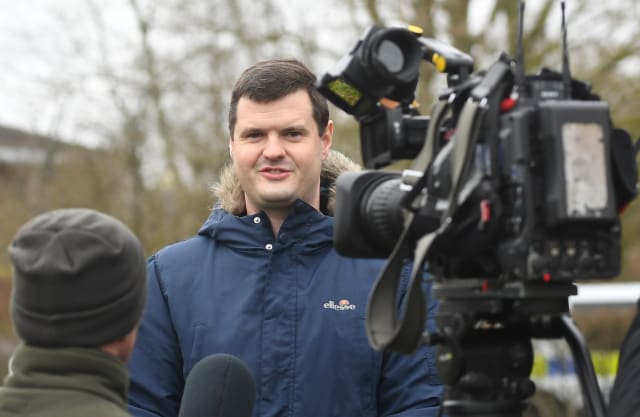 An evacuee released from a two-week coronavirus quarantine centre has told of his relief at being allowed to return home.

More than 100 people flown out of the Chinese city at the centre of the outbreak were leaving a UK training centre on Sunday for the first time in 14 days.

One man described it as a “fantastic” feeling to be released from Kents Hill Park training and conference centre in Milton Keynes.

Some 118 people were being released, with guests holding backpacks and suitcases pictured getting taxis.

The group, who were brought back to Britain earlier this month on a repatriation flight from Wuhan, included around 10 children and a family of four.

Paul Walkinshaw, from Manchester, left with his wife Lihong, having been on holiday visiting her parents in the city of Shiyan for Chinese New Year when family members contacted them and told them about the virus outbreak.

Speaking to reporters as he left the centre on Sunday morning, he said: “It feels fantastic to leave although it feels weird not having to wear a mask and gloves in public.

“The first 48 hours were hard when we were confined to our rooms, after that it was fine.”

The 39-year-old praised “friendly” staff and the local community for their support and said he was looking forward to sleeping in his own bed again.

“The first thing I’m going to do when I get home is sleep in my own bed.”

It comes as dozens of evacuees from a coronavirus-hit cruise ship spent their first night quarantined at Arrowe Park hospital on the Wirral.

Thirty-two people, who spent more than two weeks trapped on the Diamond Princess cruise ship off the coast of Japan, arrived in Merseyside on Saturday evening.

Some of the group – reportedly made up of 30 Britons and two Irish nationals – made gestures from their coaches as they arrived at the Merseyside facility on Saturday evening – one forming a heart symbol with her hands and another an OK signal.

All of those who arrived at Arrowe Park tested negative to having Covid-19 before flying back to the UK.