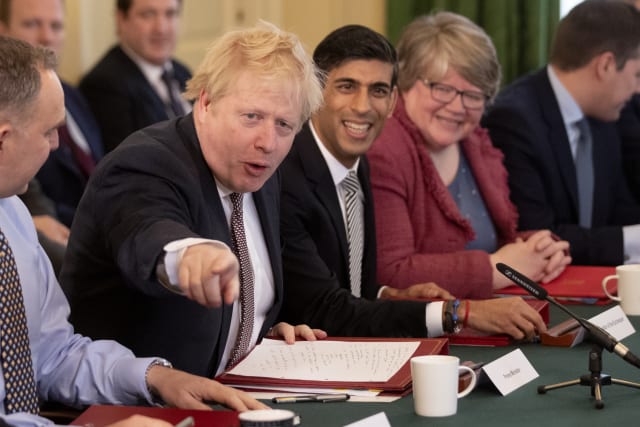 Concern has been expressed over reports that Boris Johnson has ordered his Brexit team to find ways to “get around” the Northern Ireland protocol.

The Sunday Times has reported that officials in Taskforce Europe are seeking to evade Irish Sea checks on goods passing from Great Britain to Northern Ireland.

Mr Johnson’s cabinet will meet on Tuesday to sign off on the proposals, it was reported, which are expected to be presented in Parliament and published online on Thursday.

The Withdrawal Agreement between the UK and EU leaves Northern Ireland within the UK customs area but all EU procedures will apply to goods arriving there.

Sinn Fein MP Chris Hazzard said the UK Government “must not be allowed to sidestep their responsibilities”.

“While there is no such thing as a good Brexit, the protections secured in the Irish Protocol and Withdrawal Agreement offer some protections to local communities and businesses in the north,” he said.

“It now appears the British Government is planning to ride roughshod over what has already been agreed; this would be completely unacceptable.

“We need to see the EU27 and the Irish government protecting what has already been agreed on the north and working to prevent the Tories from adopting an a la carte approach to their international obligations and responsibilities.”