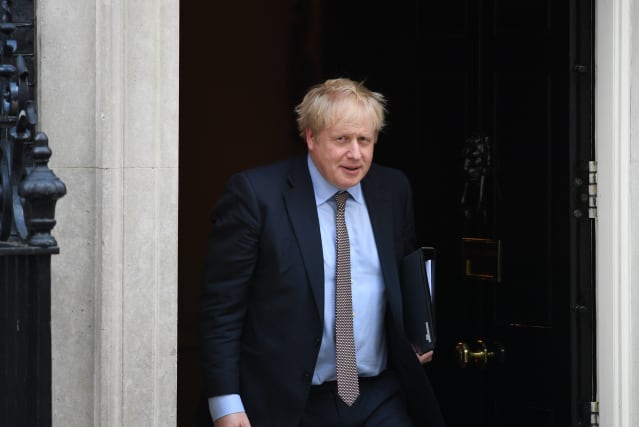 Businesses have urged Boris Johnson to drive down post-Brexit red tape in a trade deal with the European Union as the UK prepares to sign off on its negotiating demands.

A Confederation of British Industry (CBI) report on Monday called on the Prime Minister to ensure a deal with Brussels minimises bureaucracy to ensure a strong economy.

Ministers are expected to commit to seeking to obtain a Canada-style agreement with zero tariffs in the negotiating mandate scheduled for publication on Thursday.

But this could set up a clash with the EU after its chief negotiator Michel Barnier ruled out the possibility the UK can have the same deal as the North American nation.

CBI director-general Dame Carolyn Fairbairn said: “With talks now in touching distance, the CBI has asked employers across the country what practical outcomes they need from the future EU relationship so they can concentrate on what they do best: investing, innovating, creating jobs and supporting a strong economy.

“The message is clear: keep trade easy and minimise red tape. For this reason, British firms back many of the Government’s objectives set out in the negotiating mandate, such as on zero tariffs and data.”

The Government is expected to publish its negotiating mandate for a desired free trade agreement with the US the following week.

Environment Secretary George Eustice drew criticism on Sunday after repeatedly refusing to rule out chlorinated chicken and hormone-treated beef being imported from the States in the deal.

His predecessor before the recent reshuffle had insisted the controversial products from the States would not be imported amid animal welfare and environmental fears.

But Mr Eustice, while saying there are “no plans” to change the law, did not explicitly rule it out when pressed three times on the subject.

No surprises were being billed for the UK’s demands from Brussels, with Mr Johnson’s Europe adviser David Frost having delivered a major speech this week.

He dismissed signing up to a level playing field setting common rules and standards to prevent businesses in the UK undercutting those in the bloc, which earned a rebuke from Mr Barnier.

Canada’s deal took seven years to negotiate, with import tariffs eliminated on most goods between the nation and the bloc, though some customs and VAT checks remain.

While the UK formally left the EU on January 31, it is currently in a transition period during which it follows Brussels’ rules without having a say in how they are made.

The transition is due to finish on December 31 and the Prime Minister has repeatedly vowed not to extend it.

But there have been fears this is too little time to strike the ambitious deal and the UK could plummet out of the bloc and be hit with high trade tariffs.

The PM is to convene his Brexit Cabinet on Tuesday to sign off on the mandate before it is published online and laid in Parliament on Thursday.

Mr Frost and his team will then head to Brussels for the first round of negotiations on March 2.

The EU member states are expected to adopt their negotiating position on Tuesday.