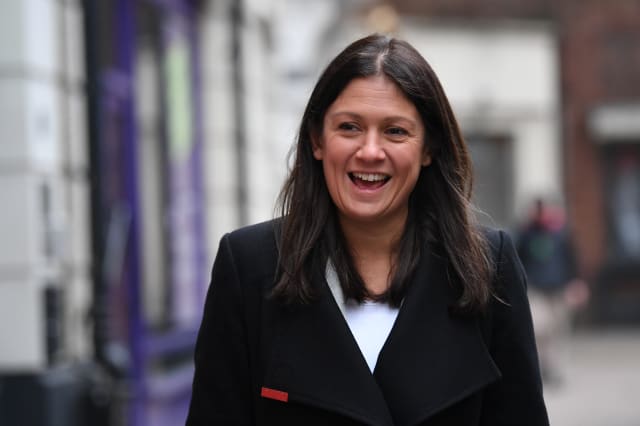 Labour leadership contender Lisa Nandy has proposed a major shake-up of the BBC to stop decisions being made “by a small group of men behind a desk” in London.

The Wigan MP vying to succeed Jeremy Corbyn suggested she would overhaul the ownership of the broadcaster and also ensure commissioning decisions for the BBC and Channel 4 are moved out of the capital.

Ms Nandy and her rivals, Sir Keir Starmer and Rebecca Long-Bailey, were taking part in the final hustings over the weekend before members start voting for the new leader on Monday.

The leadership race comes as the BBC faces a potentially drastic overhaul by the Tory Government while also coming under fire from some on the left of the political spectrum.

The candidates were asked in Peterborough on Saturday how they would tackle the “right-wing dominated press”.

Each agreed that every Labour leader had always faced smears, but said Mr Corbyn suffered worst, while Ms Nandy accepted they too will face the “same onslaught from the media”.

“I think there’s partly a reason for this is because we’re a thoroughly decent but cautious country and we’re a party that doesn’t accept the status quo and always goes out to fight for radical change.

“That means we have to meet a higher bar,” Ms Nandy said.

“You’ve also got to ask who actually owns the media and who runs it.

“I would like to see us mutualise the BBC so those decisions are taken by a wider group of people.”

She was expected to give more details on the proposal in due course, but a mutual organisation is one owned by and run for the benefits of its members who are actively involved in the business.

In the past, MPs have suggested in the BBC’s case that this could also see its board elected by licence fee payers rather than by the Government and current board members.

Ms Nandy also said: “I’d like to see us not just move the headquarters of Channel 4 and the BBC out of London but commissioning power too so that what gets made and what is said is not determined by a small group of men behind a desk in Westminster or Whitehall.”

Ms Long-Bailey said she would set up a “rebuttal unit” within Labour to “counteract the negative press” and “smears”.

The shadow business secretary has previously suggested it would create “viral content” on social media to “speak directly to voters”.

Shadow Brexit secretary Sir Keir did not propose any new plans but said there must be “diversity of the press”.

He blamed Mr Corbyn being “vilified” on some trying to “stop an incoming radical government actually changing things which elements in the press didn’t want changed”.

The ballot for the leadership and deputy leadership opens on Monday, with the successor due to be announced on April 4.

The BBC is also facing a major challenge from Boris Johnson’s Government.

Nicky Morgan, who was culture secretary until the recent reshuffle, signalled the possible end of the TV licence fee, which underpins the current funding of the broadcaster.

And a senior Downing Street source has also reportedly said the BBC could be forced to sell off most of its radio stations, reduce its television channels and scale back its news website.