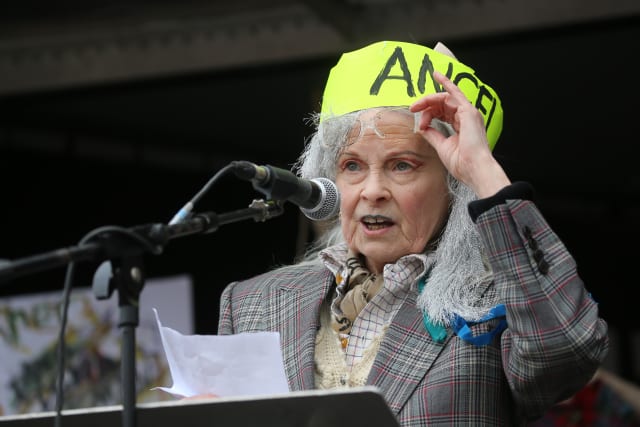 Hundreds of Julian Assange supporters have protested in London against his potential extradition to the United States.

Assange, 48, is wanted in the US on 18 charges over the publication of US cables a decade ago and if found guilty could face a 175-year prison sentence.

He is being held in Belmarsh Prison in south-east London as he awaits the start of next week’s full extradition hearing.

His supporters marched through London on Saturday, beginning at Australia House in Holborn and ending at a rally in Parliament Square.

Many carried banners and placards with messages including “Don’t extradite Assange” and “Journalism is not a crime”.

Opening the speeches in Parliament Square, Assange’s father John Shipton said: “I look over the crowd and see many familiar faces supporting Julian and I thank you.”

He described the imprisonment of his son as “arbitrary detention” and urged those at the rally to fight to “free Julian from the Niagara of malice that emanates from the Crown Prosecution Service”.

Kristinn Hrafnsonn, editor in chief of Wikileaks, also took the stage and told the crowds of people Assange was facing a “dark force”.

He added: “We must stop it. We must stop this force, this is not about left or right in politics, we can unite on this. It is a dark force against us who want justice, transparency and truth.”

Westwood walked out on stage wearing a paper halo with Assange written on it, before saying she was the “angel of democracy”.

Speaking to the PA news agency, Joseph Farrell, ambassador and board member of the Centre for Investigative Journalism, said everyone at the march believed the case was “outrageous”.

He said: “It will result in a lack of press freedom around the world –  it will endanger, and it has already endangered, every journalist anywhere in the world.”

Supporter Sinthia Surace, 22, whose family were victims of the Sri Lanka civil war, said: “It took a lot of brave people to expose all the crimes impacting my community directly. That’s why I care about voices like Julian’s.

“I don’t believe we should be punishing him for the wrongdoings of the US government. He always says privacy for the citizen but transparency for the government, especially when it comes to human lives.”

More than 40 international legal experts have written to Prime Minister Boris Johnson demanding the “rule of law be upheld” before Assange’s hearing on February 24, claiming he has not had proper access to his legal team.

The letter was handed in to 10 Downing Street on Saturday and also urged the British legal community to act “urgently” to secure Assange’s release.