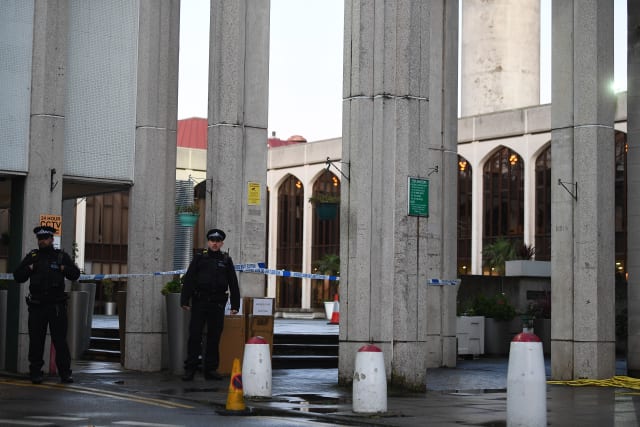 A 29-year-old homeless man has appeared in court charged with stabbing a prayer leader with a kitchen knife at a major London mosque.

Daniel Horton is accused of grievous bodily harm and possession of a bladed article.

The bearded defendant, wearing a grey tracksuit, appeared at Westminster Magistrates' Court on Saturday and sat forward with his head bowed during the hearing.

He spoke only to state his nationality as British and confirm his name and date of birth.

Raafat Maglad, 70, was treated in hospital for stab injuries after being injured at London Central Mosque in Regent's Park.

Mr Maglad, known as the muezzin – the person who makes the call to prayer – returned to the mosque for Friday prayers, less than 24 hours after the incident.

Prosecutor Tanyia Dogra said the victim had suffered a 1.5cm wound to his neck.

She told the court the victim and defendant were known to each other because Horton had been attending the mosque for a number of years.

Horton, who the court heard had been sleeping rough since last year, was remanded in custody by District Judge Nina Tempia to appear at Southwark Crown Court on March 20.