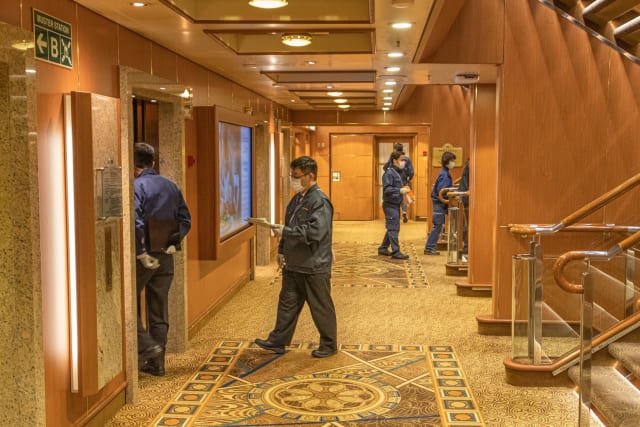 An Irish singer says she is healthy and safe after being evacuated from the Diamond Princess cruise ship.

The vessel, off the coast of Japan, has been under quarantine for more than two weeks following the detection of coronavirus.

Rebecca Harkin was among the musical entertainment on board the liner.

Ms Harkin said that she and her partner have both been evacuated from the ship and will remain in Australia for the next two weeks.

“We are getting so well looked after in Darwin along with the other evacuees,” she posted in a message on both her Twitter and Facebook pages.

“For now, it’s two weeks of sunshine and unwinding after the crisis. Again we are so glad to be here.”

The Diamond Princess arrived off the coast of Japan on February 3, after it emerged a former passenger had been diagnosed with the virus.

Since being kept on board the cruise liner in the port of Yokohama, a total of 634 passengers and crew have been infected, accounting for more than half of all the confirmed coronavirus cases outside of China.

A repatriation flight carrying 32 British and European evacuees is due to arrive in the UK on Saturday morning after departing from Japan late on Friday.

The plane is set to land at Boscombe Down Ministry of Defence base, near Salisbury in Wiltshire, with passengers to then be taken to Arrowe Park Hospital on the Wirral for 14 days of quarantine.