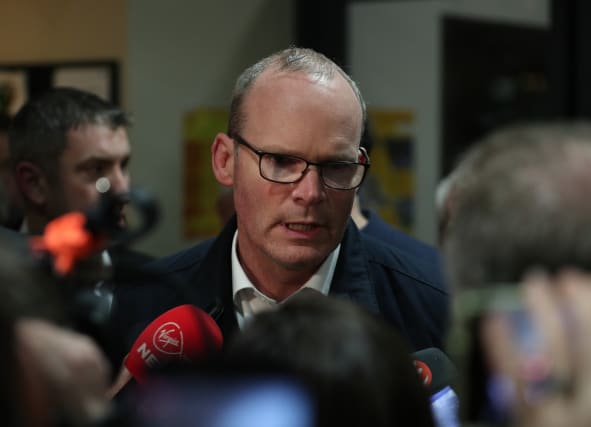 The deal that saw the restoration of powersharing in Northern Ireland included a pledge by the UK government to legislate to implement a series of mechanisms to deal with the toxic legacy of the Troubles.

The measures have been on ice since they were first agreed by the two governments and the region’s main parties in the Stormont House Agreement of 2014.

While January’s New Decade, New Approach deal included a commitment to legislate within 100 days, the fate of the structures remains uncertain as the UK government comes under pressure from backbenchers over a proposed new investigations unit whose remit would include the actions of military veterans.

There was speculation that former secretary of state Julian Smith was sacked by Boris Johnson over this issue.

Last week, in his first full day in the job, Mr Lewis insisted he was committed to implementing the Stormont House proposals.

After their meeting on Friday, Mr Coveney described the exchanges as “good and cordial” and said Mr Lewis was someone who was “easy to get along with”.

He said he raised the issue of outstanding legacy mechanisms and stressed the need for action.

“Like his predecessor, it’s really important that the two governments work together closely on a lot of very awkward and difficult political issues,” said Mr Coveney.

“A number of the domestic challenges here in Northern Ireland I think are going to be very challenging for the new Secretary of State and I want to work with him on that, in particular in relation to legacy – the legacy of the past, how we deal with that.

“We have an agreement of course – the British and Irish governments in Stormont House.

“And I spoke to him today about the need to implement that agreement in full and I think we’re going to work on that.”

It is Mr Coveney’s first visit to Belfast since his Fine Gael party suffered major losses in the General Election in the Republic.

Mr Coveney will remain as caretaker Tanaiste until he is replaced but it could take some time before a new government is in place in the Dail.