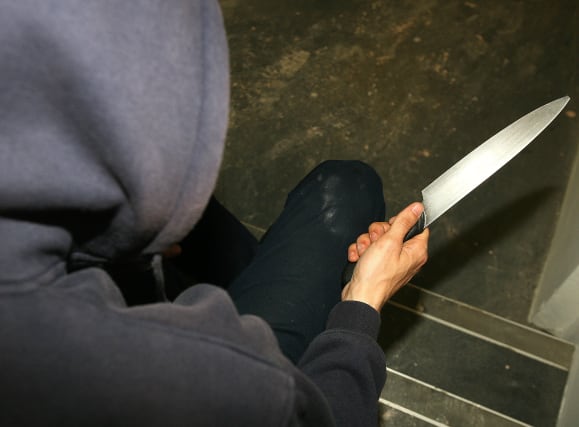 And threats to kill made on social media platforms have even been linked to retaliation offences, he said.

Mr Hill made the comments ahead of new Crown Prosecution Service (CPS) guidance which outlines how social media is being used to glamorise the gang lifestyle.

“The use of social media by gangs to threaten and taunt others about recent attacks where young people have been killed or seriously injured is becoming all too familiar,” he said.

“The instant nature of social media means that plans develop rapidly, disputes can escalate very quickly and are seen by a large audience, which increases the perceived need to retaliate in order to ‘win’ the dispute.

“More so than ever, police and prosecutors are working together to make sure this evidence is captured to make the link between the images and retaliation attacks to make sure perpetrators of these horrific crimes are held to account for their actions.”

Jaden Moodie, 14, was knocked off a moped and stabbed to death by a rival gang in January last year.

The Old Bailey trial of Ayoub Majdouline, 19, who was convicted of his murder, heard that Jaden had appeared in a Snapchat video with an imitation gun.

The CPS guidance, due to be published in the spring, will also address tactics used by county lines gangs to recruit vulnerable victims and the increase in the number of girls who become involved in offending.

Mr Hill said: “Getting the right evidence is absolutely crucial to make sure that we can show a jury the full circumstances of why a violent crime may have taken place and how offenders are linked in the carrying out or the cover-up of a crime.

“Our guidance aims to make sure that police and prosecutors know what we need to prove these cases. We want to send a strong message that there is no hiding place for those committing gang-related crime.”

But he added: “The term ‘gang’ is very loaded and it is vitally important to make sure that it is only used when there is evidence to prove it, whether that be an expert witness, CCTV or social media postings.

“We have to be extremely careful not to use that label when it is not justified.”