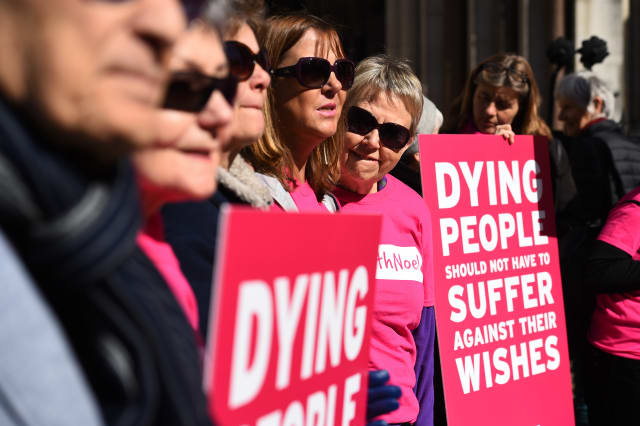 A change in the law on assisted dying remains unsupported by the Royal College of GPs (RCGPs), it said after consulting with members.

Just under half (47%) of those surveyed said the College should not change its position, while 40% said it should support a law change, with caveats.

Assisted dying is currently illegal in the UK.

Campaigners have been calling for a change in the law to allow terminally ill, mentally competent adults to control the timing and manner of their death.

The RCGP Council, which was guided by the survey results, said it will not review its position for at least five years – unless there are “significant developments”.

Professor Martin Marshall, RCGPs chairman, said: “As the UK’s largest medical Royal College, it is important that we engage in debate and listen to what our members have to say on wide-ranging issues affecting GPs and their patients.

“Assisted dying is a controversial topic and this was reflected in the responses to our consultation. However, the highest proportion of respondents said that the College should continue to oppose a change in the law on assisted dying.”

He added: “This was the largest consultation on an issue of public policy that the College has conducted, both in terms of response rate and volume of respondents. The survey results have been helpful in guiding College Council as to what our position should be.

“The role of the College now is to ensure that patients receive the best possible palliative and end-of- life care, and to this end we are working with Marie Curie and others to support this.”

Some 11% said the RCGPs should be neutral, while 2% abstained.