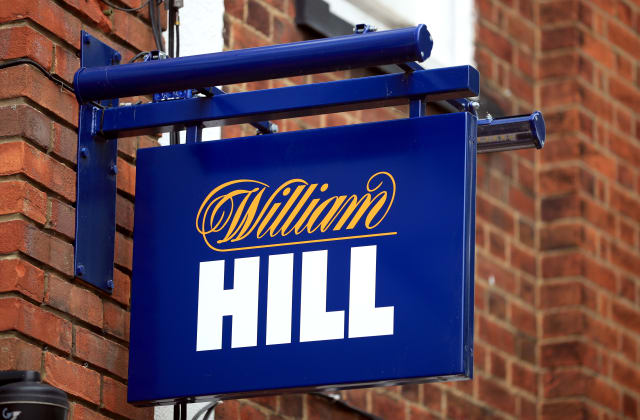 Experts have bet on Flutter Entertainment to show a much bigger rise in sales as it squares off with rival William Hill next week in the battle of the gambling giants.

Analysts say that sales are expected to rise by more than £300 million at the company formerly known as Paddy Power Betfair, while William Hill will remain flat.

However, if experts are right, Flutter might struggle to make this count further down the balance sheet, as it is likely to see a drop of more than 15% in earnings before interest, tax depreciation and amortisation (ebitda), compared to a less than 14% fall for William Hill.

The results will regardless likely be overshadowed by events outside of both companies’ control.

Earlier this month the head of the Gambling Commission told MPs that he would, within six months, decide whether to limit the stakes that people can put down when gambling online.

Politicians called for a £2 limit on each bet in November, causing shares to plummet in most major gambling firms. They described gambling addiction as a “public health crisis”.

As a result of the potential law changes, Mr Jack and Mr Jones said, William Hill is likely to focus on its online business outside the UK in its results, and on the US where it is “building a valuable niche”.

Flutter is also facing other distractions. It is a group that could soon become the biggest betting firm in the world after it agreed a £10 billion merger with Canadian rival The Stars Group, which owns Sky Bet.

However, the deal is still in the air after the Competition and Markets Authority opened a probe into the mega-merger at the beginning of February. The regulator has until the end of March to either clear the deal or launch an in-depth investigation.

The Australian regulator approved the takeover on Tuesday.

“We expect commentary on the 2019 financial year results to be overshadowed by any discussion about the potential benefits of The Stars Group merger,” Mr Jones and Mr Jack said.

In November, Flutter said that it expects ebitda to be between £420 million and £440 million, excluding the loss-making US business. It meanwhile improved the outlook for ebitda loss in the US to between £40 million and £45 million, against previous guidance of £55 million.

According to a company-provided consensus, analysts now expect that ebitda outside the US will reach £423 million, towards the lower end of guidance, while US ebitda loss will hit £44 million. This would mean that the measure reaches £379 million for the group as a whole.

Analysts at the Share Centre said: “Flutter, formerly Paddy Power Betfair, has seen the common trend of declining revenue from its high street shops offset by growth in online gambling and gaming.

“Given its sheer scale that was always likely to attract the attention of competition authorities in several countries and sure enough the UK’s CMA has recently announced a review of the deal. Beyond that any comments on prospects in the US will also be very much of interest given the trend towards deregulation of sports betting there.”

William Hill presents its annual results on Wednesday, with Flutter presenting the day after.